I've said it before, I'll say it again.  I don't believe in ghosts.  But I really like the idea of ghosts.  It's very entertaining.  The whole idea that you can come back and annoy people when you are no longer alive is really very appealing.  See the world, get revenge,  find out secrets.  A whole world of amusement is open to the dead.

I realized that getting people to believe that you have seen a ghost requires extra things that will sway them to your ghostly point of view.  These are tips that will help you convince other people that you have seen, are seeing, or will see ghosts.  Maybe you'll get your own cable TV show, who knows? 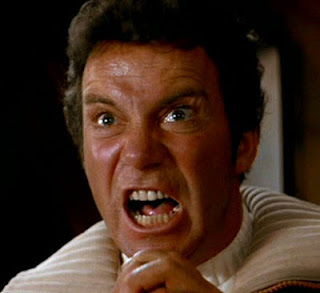 10. - Yell a lot - Nobody will believe you saw a ghost right then and there unless you yell like you've just been stung by a giant bee.  Say things like 'Holy crap, did you see that?' and 'I can't believe what I saw'.  Then tell them whatever you like about the ghost you just saw. 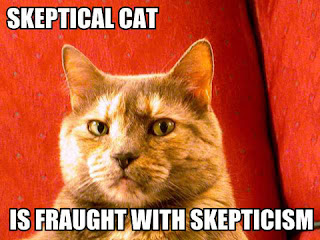 9. - Claim to be a skeptic - This is such a weird phenomenon. For some reason we are more likely to believe someone that is unaffiliated with the thing they are talking about.  So if you are trying to convince someone that you have seen something otherworldly you should establish that you are a skeptic beforehand.  It's advisable to set this up with enough distance between you and the ghost story that it wouldn't be considered a preface.  Otherwise you risk them not believing you to be a skeptic and therefore believe that you are just another flighty ghost story person. 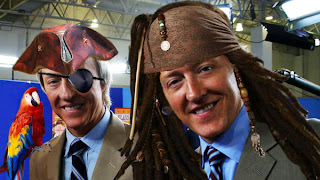 8. - Provenance is everything - I love the antiques road show.  watch it for any length of time and you learn that the story around and authentication of a particular item is at least as important as the item itself.  Got an old sword from the Civil war?  probably worth 500 bucks.  Got an old sword from the civil war that has DNA evidence of Robert E. Lee on it ?  now it's 50,000 bucks (the aforementioned example is not a quote.  Ask Lee's ghost).  So if you know who lived in a rickety old house and you can document that someone was murdered there or committed suicide then (for some reason) we know that it's much more likely to have ghosts in it and is therefore much more believable.  In fact, I don't know any of any haunting that doesn't have a good back story. 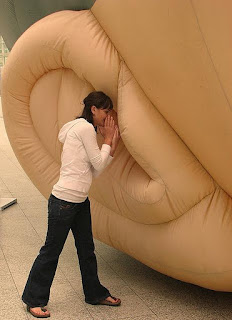 7. - Whisper - Ok, yes I did say yell a lot, but that was if you are seeing a ghost now.  If you are going to tell a story about a ghost you've seen before, you need to lower your voice to a hoarse whisper.  Give people a reason to listen.  Whispering ALSO has the added benefit of allowing people to hear background noises while you are telling your tale of the wierd.

6. - Don't play with dangerous toys, you'll see a ghost - For some reason ghosts and the devil seems to go hand in hand.  A ghost story gains stature if you were having a seance, or maybe playing with a oui-ja board before hand.  These tools of dubious effectiveness are often assumed to have at least a little influence in seeing something paranormal.  For some reason people still believe that devices will illicit connection to the spirit world and so if you preface your story with 'me and some friends were playing with a deck of Tarot cards one night...' Your story will have 7% more credence. 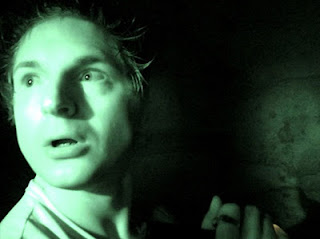 5. - Did you hear that? - I touched on this with the first element.  It's important to verify any ghost sighting with someone else to establish a witness.  Never say what you heard right off, let them say that so you can agree with it.  That way 2 of you have heard something otherworldly.  Open ended statements like 'Is it just me, or did it get colder in here?','Can you hear something?'.  On a side note, this is also a very good way to cover up intestinal distress...'I think I heard something.'

4. EVP - Electronic Voice Phenomenon is those ghosts trying to talk to you.  People have figured that Ghosts are trying to talk to us so as early as Thomas Edison there have been inventions to capture ghosts talking.   What do they have to say?  oh, lots of things like 'get out' and 'baloney' and 'your ratings suck'  Actually it appears that whatever they are trying to say is insignificant compared to what you think they said.  Go back to the old family tape recordings and you'll hear all kinds of background noise.  Isolate any of those noises and play with the speed and the frequency of the sound and eventually you'll hear aunt Tilley saying 'meatloaf' just to be part of the family reunion.  People LOVE these! and they add a lot to your story. 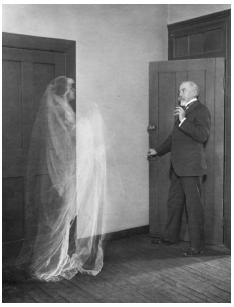 3. - Ghost cams! - Even more than EVP's people really love seeing things on camera's.  Since ghosts themselves don't like to show up on camera very often, we have a new video phenomenon called ORBS.  These are little balls of UNEXPLAINED light that float around in the picture.  Take a series of pictures anywhere with a digital camera and look at it on your computer.  Surprise, you'll find some little orbs in there somewhere in one or two of the pictures.  These are ghosts because they could not be anything else.  Of course if you can actually film a real ghost doing something like flipping you off that would be even more convincing. 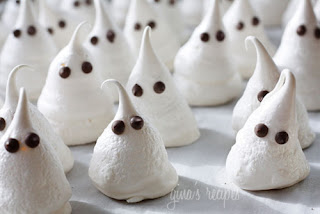 2. - Temperature readings - Ghosts need power to operate just like we do.  Since they can't eat or get fat, they have to take the power directly out of the air.  When a ghost is getting ready to manifest itself, you'll feel the area around you getting colder as the ghost in question saps the area of energy.  Get some thermal readings of actual temperature around you and there is EVIDENCE.  If it gets colder around you.  It MUST BE A GHOST! 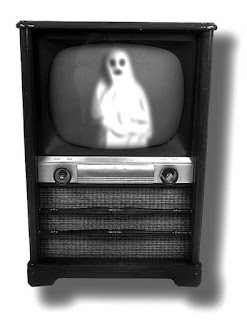 1.- Have a prop - I used to have a haunted TV.  It was freaky.  You would be watching TV and all of the sudden it would start changing channels and then it would stop on some other channel.  Sometimes it would re-scan the channels or turn the TV off all together.  I don't know what departed individual decided to use my TV as a conduit to the living, but it was really annoying.  Oddly enough, once they stopped construction down the street, my TV stopped being haunted.  So if I am telling a good ghost story while in the area of this TV, it might suddenly turn on or change channels and EVERYTHING would be immediately verified as true.


I'm not saying that any of these things prove or disprove the existence of spirits.  I'm saying that if you want someone to believe you about ghosts, you should use some of these things to help you.  This list is by no means exhaustive but try some out the next time you are out by a camp fire.