Top 10 reasons monkeys will cause the downfall of civilization

DAMN DIRTY APES!!! That's right, monkeys. They will be the eventual downfall of civilization. This is actually an extension of a long running joke that I have with my youngest son. For I believe that he is a lousy stinkin monkey. But in all truth. I have long suspected our simian brothers to be silently planning our downfall. I know, apes are not monkeys etc etc. I don't care. If they look vaguely human, I don't care if they have a tail or not.

As a result, this is my treatise on all of the reasons that monkeys will be the downfall of our civilization.

1. Monkeys spontaneously create nuclear bombs - Monkeys do not have any prob 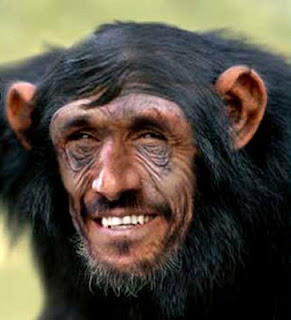 lem making nuclear weapons. But unlike man. Monkeys don't have a problem setting them off either. Once monkeys get a hold of the nukes, we can kiss this planet good bye. How do I know this? The way they look at you with those eyes...it's obvious. 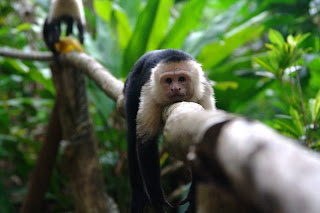 ating fruit that's easy to pick or they steal food from other monkeys. They don't want to try to plant their own food even though they have opposeable thumbs. After a while they start causing trouble because they don't even have stupid monkey jobs. The only thing they really excel at is the downfall of civilizations.


3. Monkeys have been the cause of most every major war on earth - When monkeys bombed pearl harbor, we assum 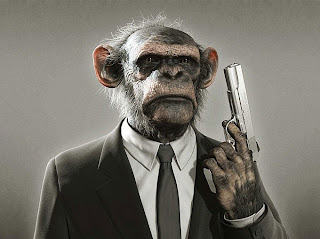 ed it was the Japanese. When monkeys dropped nukes on Hiroshima, they assumed it was us. nope monkeys. Korean conflict? Monkeys. Iraq? definitely monkeys. Neighbors down the street having a drunken brawl? Monkeys.

4. Monkeys are the source of disease - Bubonic plague?! more like baboonic plague. There was more simian than sickness about that epidemic. Monkey 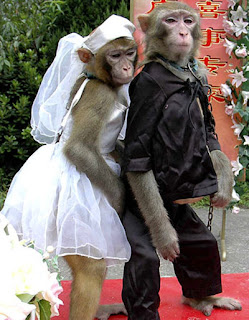 s had waited for a time when the world was concentrating on witches and demons before unleashing their deadly 'bad air' on the general populous. Aids? Monkeys. It had nothing to do with anything other than bad monkey blood germs. Plain and simple. Swine flu? Hardly. Pigs were the primates willing patsies on that one. Monkey flu is much more appropriate.

5. Lousy Thevein Monkeys! - So you are home and you want to find your wallet, or that one picture you took, or the paper you 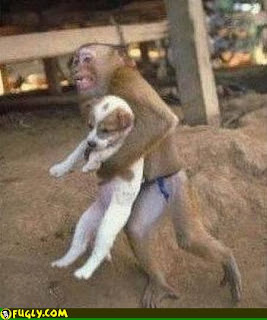 wrote, but now you can't find it?! Monkeys took it. It's the only logical answer. Just ask anyone in Gibraltar. Monkeys steal everything and they are proud of it. So before you go blaming your neighbor about your lost power tools. Remember, it was probably monkeys. 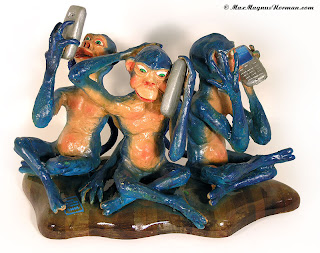 is that those annoying monkeys create deadspots in cellphone reception. We aren't sure how it's done, but clearly it's annoying and therefore must be the fault of monkeys. I tend to think that it's their new method of eliminating communications between people. This will eventually lead to wars. And then back to the Nukes.


7. Monkeys hate books - One of the great developments of modern s 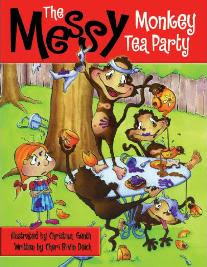 ociety is the printed page. We have propelled mankind from the dark ages to the post modern era. This has given monkeys no end of grief. If they ever get loose in the worlds libraries, we will be in the dark ages within 3 months. Ever give a monkey a book? Good bye Harry Potter, Hello paper Mache.


8. Monkeys are overly concerned with privacy. - Monkeys are always hiding from people they woul 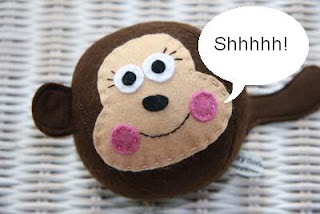 d rather not see, which is a good thing. What is bad is that unfortunately not seeing monkeys do not make them cease to exist. You know they are there...plotting the next downfall of civilization. They need their privacy because they can't be bothered while they are creating the next civilization ending catastrophe.

9. Monkeys are immune to lead. we aren't - Lead poisoning was on of the lead 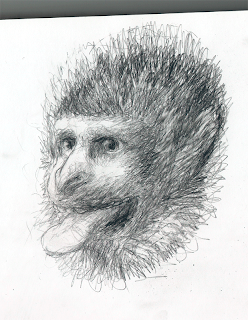 ing factor to the downfall of Rome. The problem is, the more lead you are exposed to, the dumber you get. Really Really dumb. They used to sweeten their wine with an extract made from lead. Sheesh. Well, monkeys are not affected by lead. They are already as dumb as they can get. As a result, they can poison the environment with their lead based monkey toys without any problem. Dumber humans = less humans. That's what the monkeys say. (They invented lead too)

10. More monkeys = more trouble - Even though more monkeys are present in the world all the time. It's important to note that If you give 1000 monk 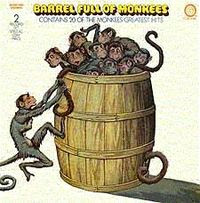 eys a typewriter, they will eventually be able to work out nuclear weapons. It's obvious that Iran has employed 999 monkeys and are looking for that last monkey. America, China, Russia and others have already employed their monkeys. They don't realize that this is playing right into the monkeys hands. Greedy little monkey hands.


I hope it's not too late to thwart the monkeys.
Posted by Macotar at 9:18 AM

One of your more passionate blogs.