Top 10 places to RELEASE THE KRAKEN!

Just got back from seeing the new Clash of the Titans.  I LOVE to see Titans clashing.  They don't hold back and everything they do looks way cool.  I've heard some critics go on about how it wasn't that good blah blah blah.  Well let me tell you, they are wrong.  All of them.  It was great!  I'm not going to ruin the story for you, but I'm sure your Grandkids will be asking you questions about it when they have to watch it in class for a compare and contrast with the Merchant of Venice.

Anyway, without killing any of the major story line.  I will say this.    The KRAKEN was a titan big enough to kick a God's butt.  That's pretty big.  It's so big in fact that you really can't see it all without getting a really good kink in your neck.   Poseidon is in charge of the KRAKEN, but this is a lot like watching a female Olympic gymnast walking a Great Dane.  Seriously, who's really doing the walking here?  Some would say that there is no real cause for releasing the KRAKEN since it's so big and freakin awesome that it would destroy the world from sheer awesomitude.  I say that's a bunch of Hera-hockey. There are at least 10 places where you should RELEASE THE KRAKEN.  Probably more. 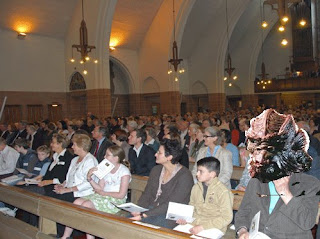 10.  In Church - When it's really quiet and the last baby has stopped fussing, this is the perfect time to RELEASE THE KRAKEN.  What did you say?  That would be completely inappropriate?  Nonsense.  Church could use a little KRAKEN RELEASING.  If you are wondering why KRAKEN is always capitalized in this blog, it's not.  It's just how it comes out.  Just think how many people would show up to Church next week if you RELEASED THE KRAKEN the week before. 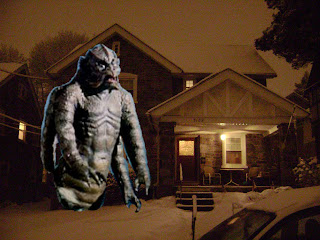 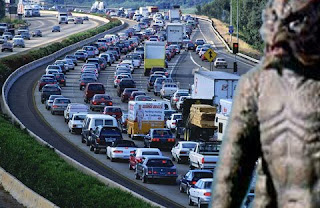 8.  In morning rush traffic - Stuck behind Mr. or Mrs. Speed Limit?  Got a police man driving in the middle of the freeway at rush hour traffic causing all around him to drive safe and insane?!? RELEASE THE KRAKEN!!!  The KRAKEN does not have time for our puny cars or our little funny roads.  He will lay waste to the whole road system.  Allowing you to get to where you are going that much quicker because you drive a flying horse. 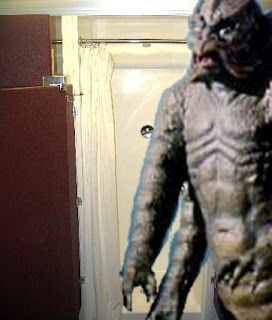 7.  In the Shower - Tough soap scum got you down?  Scrubbing bubbles Zeus's white beard!!! RELEASE THE KRAKEN!!!  What's left of your shower will sparkle. 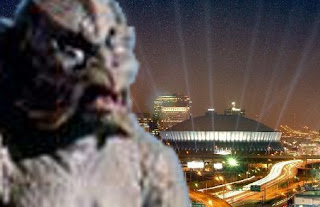 6.  Argos - Well, I guess that already happened.  But it could just as easily happen again.  Maybe throw in New Orleans as well as Galviston Texas.  Those places would be begging for another Katrina in the face of the KRAKEN's sudden coolness. 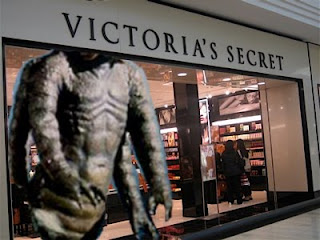 5.  Victoria's Secret - I'm just a guy.  As a guy I appreciate the result of the kind of trouble the gals go through to look good.  But to all the ladies that just don't quite fit into that laughably unrealistic 'underwear'  I can only say...RELEASE THE KRAKEN!!!  KRAKEN doesn't have any secrets from Victoria or anyone else for that matter. 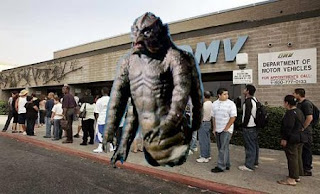 4.  DMV - Gotta pay a ticket?  Need to get a new drivers license?  you hear the news?  They are going to start allowing people to have reservations to get their drivers stuff taken care of.  Yeah, I've got your reservation...RELEASE THE KRAKEN!!!  KRAKEN doesn't need to drive, but he'll take a license anyway, and his vision is 20/KRAKEN. 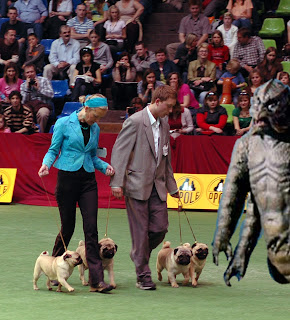 3.  The Dog Show - RELEASE THE KRAKEN!!! and the puppies will follow.  Their true nature will be shown for all to see (especially the water breeds).  The KRAKEN feels for all of these spruced up 'breeds' and will liberate them. 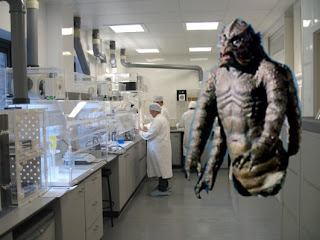 2.  Urinalysis Lab - Got that new job, but you have to what?  pee in a cup?? They have special blue dye and people watching you go in and come out to make sure everything is 'ok'.  Talk about guilty until proven innocent...  RELEASE THE KRAKEN!!! He'll fill that cup for you. 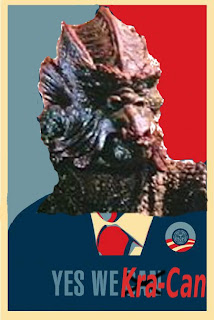 1.  Political Speeches - Is it just me or are we hearing from our politicians all the time now?  Just because they talk more doesn't mean they are in touch.  At the next rally  I would love to hear; yes we KRA-KAN!  RELEASE THE KRAKEN!!!  He has no vote, he IS a simple majority.