Some folks call it your gut, others call it instinct, and finally some have combined it to be the redundant 'Gut Instinct'.  It's the thing that tells you stuff that you normally ignore unless it told you to do something and it would have turned out correctly.  Many times our gut tells us things that are completely wrong and so over time we tend to ignore it.  Our gut also speaks to us when things happen to us and we have an initial reaction that we quickly ignore.

Second thoughts come from the same place and are nearly as useful.  These are things that you think well after something has happened and you kind of change your mind about it.

Here are some of both... 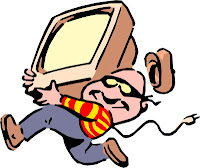 10 - It got stolen -  This is the reaction when you have lost something of some importance.  Often vocalized by kids it is still thought by many an adult when something has become lost.  For some reason, the gut has not told you that you misplaced something or that someone else has inadvertently moved whatever it was you were looking for, it always goes straight for the felony conviction.  Grand Theft.  Sure the item might not be monetarily worth that much, but to you it was priceless.  Of course a day later you find your sunglasses in the crack of the couch under that blanket you 'put away'.  Unless you happen to live with a scurvy pirate in which case you may in fact be right. 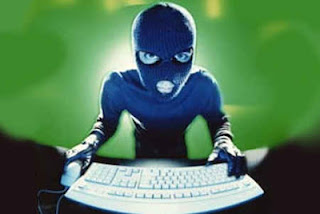 9 -  I've been hacked! - This reaction is the first thought after something strange has happened on your computer no matter what it was.  If your mouse is a little wonky and seems to have a mind of it's own.  You're being hacked.  If the colors on your screen go different sometimes.  hacked, possibly a virus written by hackers.  All you need is a good dose of movies between 1990 and 2005 and they will tell you that you were probably hacked.  Of course just because you are reading this doesn't mean you WEREN'T hacked ;)

8 - Did I close the garage door? - This happens just out of eyesight of your garage door.  It's a small compulsion really.  You leave home and BAM.  You wonder if the garage door is open, the house door is unlocked, you left the water running, you locked the cat in your bedroom.  All the things you didn't check specifically before you left will haunt you all day with this second thought.  Most of the time you will be dead wrong...most of the time. 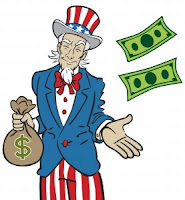 7 - I'm being audited! - Any letter from any government agency that you are not used to getting will pull up the thought that you are being audited by the IRS.  Thanks to the 16th amendment our own elected federal government has had the power to tax the incomes of it's citizens for the purpose of funding the civil war.  It was a flat tax of 3% over 800 dollars way back then.  Ever since then, the federal government has seen fit to extract money from us and in return give us less than what we purchased like some kind of casino.  They ALWAYS have a reason to take money and spend it.  No matter the reason, once a government decides to tax you, they assume it's their money, not yours.  When they do that, the public becomes very concerned when they get audit notices in the mail.  Because the IRS has near unlimited power when it comes to confiscating property of citizens who are SUSPECTED of avoiding taxes. 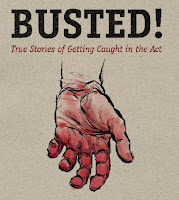 6 - I'm BUSTED! - When you see those red and blue lights flashing behind you, that's fairly near the first things you hear your gut tell you.  Your gut of course will get louder if you happen to have a body in your trunk.  Just act natural...JUST ACT NATURA...yet      h-hello officer...

5 - It's a Ghost! - Something strange happen in the house?  If it didn't happen to your computer (which would be hackers)  It's a ghost.  I don't believe in ghosts.  I wish I did, because they are a lot of fun.  Anything that is going on in your house, especially if it is old, is because of a ghost.  If the wind slams a door closed in the house, it is TOTALLY a ghost, and it is probably mad. 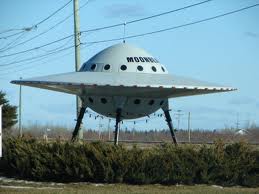 4 - It's a UFO - How often do you look up in the sky just to look?  Let me refresh your memory, never.  At least not since you were about 8 and your teacher told you to look up in the sky to experience what was happening in some poem you were supposed to memorize.  When you look up at the sky in adult life it's usually in reference to something you were watching here on the ground initially.  A kite, or maybe a plane or something of the sort.  When you happen to look up and see something that you don't quite recognize, it's a UFO.  Then you look at it a little more, and it's probably a Cessna.  On the other hand, if you can't identify it anyway, it still IS a UFO.  HA!  But it's probably not little green men come to examine your prostate.

3 - I have cancer - Any irregularity in bowel or skin will immediately cause you to think 'I've got cancer, I know it'  If you are a man, that's where it will end.  If you are a woman, you may go see a doctor and actually ask about it.  In either case, you'll look it up on the internet just to convince yourself you actually have some kind of cancer.  This also works for chest pains and heart attacks.  The medical community would suggest that certain symptoms would garner a doctors attention.  I think better safe than sorry.

2 - Someone is dead - If you get a phone call after 10 O'clock at night.  The first thought is that someone is dead or injured.  If they aren't, then you can think of at least one person that should be ;)

1 - I'm getting fired! - When your boss calls you into his office, that's one thing.  When you have a scheduled meeting.  That's something else.  When your boss calls you in and asks you to close the door behind you and you see an HR representative sitting there...well there aren't too many other thoughts to think.  Once you've had this happen to you, even once, you really believe in it's ability to happen again.  It becomes a first thought.  Hopefully you can eliminate it over time.  Firing someone is usually just a little bit better than being fired, and not by much.  Unless you are a real jerk, then firing you is almost cathartic.

A fortnight ago, I was wondering what to put in today's blog.  Now we both know.  Thanks for reading!
Posted by Macotar at 7:18 PM

Not surprisingly, number 10 is my favorite.