10 Things I learned from Gilligan's Island

Just sit right back and you'll hear a tale.  I never remember seeing the first run of Gilligan's Island, but I watched the CRAP out of that show in syndication.  One of the best 1/2 hours on TV.  The best thing about watching the Island is that I learned a lot about life from that show.  These lessons presented themselves to my subconscious to be revived at a later time. 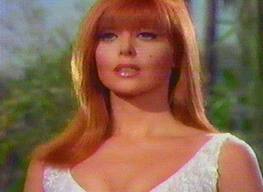 1.  If you can act, you get what you want. - Ginger Grant. When I was a wee lad of tender years, Ginger just scared me.  That kind of magnetic attraction was clearly more than any red blooded male could withstand.  Since I mostly Identified with Gilligan, I found his reaction to Ginger very understandable.  He was usually more scared than flattered.  But now that I'm older, I find the rest of the men's response to gingers raw sex-appeal to be even more interesting.  The only time Ginger didn't get what she wanted was when she tried to use her feminine wiles on Gilligan and they would backfire.  The rest of the men on the island would always look at Ginger with a look that said 'That's Ginger, doing what she's doing, and I know it's gonna work' 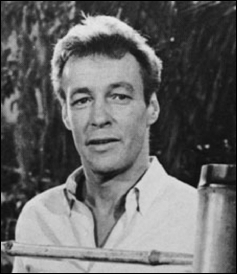 2.  You don't have to be the smartest in the world, just the smartest on the Island - One of the most underrated characters of Gilligan's Island was the Professor.  Roy Hinckley was actually a High School Teacher.  He was the internet before the internet was invented.  ANYTHING they needed to know was right there with professor google.  The interesting thing is, if you are the smartest person on an island of 7 people, they will look to you as though you are a viable replacement for the Internet.  Random not professor person: Hey professor, how you do make a strong glue from what we have here on the Island?  Professor: 'Well, I don't know Let me look it up in this organic chemistry reference book I just happened to bring on board my 3 hour tour'  Translation: I want to look up how to make glue on Instructibles, but it would be easier if my smart friend did it and made me some glue. 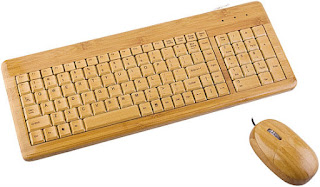 3.  Necessity and Bamboo are the mothers of Invention - Everything on that island was made of laminated Bamboo.  The kind you find decorating parts of a Pier 1 Imports.  The professor's equipment, the huts, some of the dinner ware, golf clubs.  What was great was that anything they needed, they could fabricate out of the islands more than plentiful resource next to sand and salt water. Bamboo, ostensibly found on the other side of the island, Is the best thing for inventing since Lego. 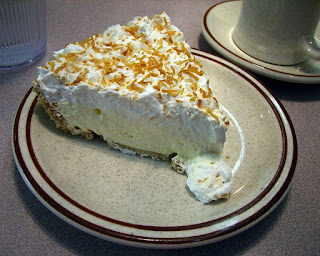 4.  Tropical Islands are bad for losing weight - The skipper was the meat & potatoes member of the group.  He was big and burly and had sometimes inhuman strength.  He also must have had a stash of Oreo's or something hidden on the island to maintain his rather generous weight.  If you are only eating what a tropic Island can afford you along with some radio-active vegetables, it seems that everyone on the Island would drop more than a few pounds.  That's why most tropical islands worth visiting now have good restaurants.  Gilligan's Island apparently had enough fat and protein in the air, that what they ate didn't matter much. 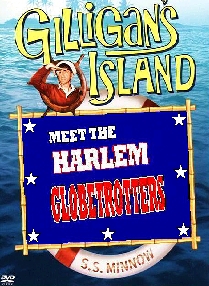 5.  Just because you don't like where you are doesn't mean you will like where you go. - Sure the castaway's were stuck on the Island.  Of course they all longed for their lives at home.  But honestly, I have complained in the past about places I've worked only to find subsequent employment to be even worse.  The grass is always greener as they say, but it seems to me that Gilligan loved the island and that's why he would feign clumsiness in order to keep everyone there.  They later would find through return trips to the Island that they really never had it so good. 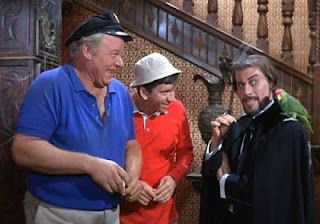 6.  Anything can exist in a place you haven't explored. - The other side of that island was some kind of alternate quantum universe. If you run out of things to write about, you just go over there and there will be a castle on a hill, there might be some Russian spies, or maybe even a pirate, you never know.  The only thing you DO know, is plot complications come from there! 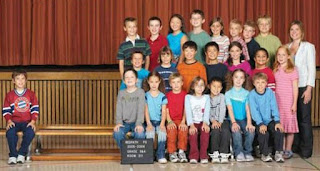 7.  Meaning well IS enough to keep you out of trouble - Nobody really has ever screwed up things as consistently as Gilligan. He is always forgiven because he is the Islands Namesake.  The funny thing is really nobody has ever been BLAMED for things as much as Gilligan.  At least half of the time Gilligan would find himself the target of everyone's ire just because he mentioned something about what the skipper did wrong.  I'm not sure how it worked, but it did.  It's kind of like when someone passes gas and someone else mentions it.  That person is the top of everyone else's suspect list based on the smelt-and-dealt precedent.  Everyone that is except the CULPRIT! 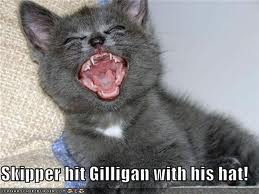 8.  Corporal punishment doesn't work. -  How many times did Gilligan get smacked in the head with Skipper's hat?  So many times that you would think that by now Gilligan would learn to not mess things up.  Clearly it doesn't help. 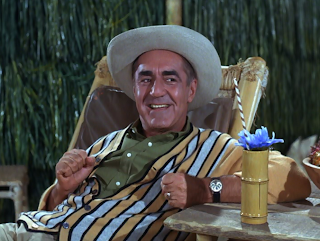 9.  Money buys everything - Mr. and Mrs Howell ended up with the hut with the french doors and the lovely bamboo furniture.  Their money was worthless to them on the island and yet it STILL bought them what they wanted.  Rich works even without money. 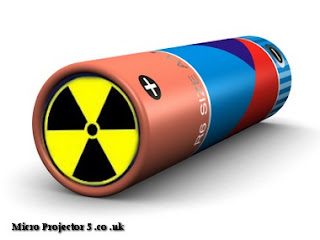 10.  Battery Technology should be a lot better than it is. - The multi-band radio that the cast-away's had was their lifeline to civilization.  They could listen to everything all the time on it.  That marvel was powered by what could only be atomic batteries.  They only had to be recharged once with agitated salt water.  I'm convinced that the Skipper got these batteries just after his tour of duty with the Navy off of the Bikini Islands.  They were experimental military prototypes and the government is now hiding that specific technology.  I don't know why, but I do know it's true.


Just join me here, 2 weeks my friends, you're sure to get a smile, from 10 little items that I thought up, Here on box of my stuuuuuuf!  No it doesn't Rhyme, but it vaguely matches the song.  Thanks!
Posted by Macotar at 11:25 PM