I don't believe in luck.  It doesn't make any sense.  On the other hand, when it happens?  I very much believe in it.  Why?  Because really I'm not that bright.  Even when I'm believing in bad luck, my thinking brain is screaming "Hey, Idiot!, There is no such things as luck!".  The observation of a sequence of events by a reasoning individual creates the perception of luck or bad luck.  There is no such thing.  When it comes to bad luck Murphy's law covers it; If anything bad can happen, it will happen, and at the worst possible time.  I would like to offer a counter to that phrase.  I call it Mark's axiom.  If anything that could be construed as luck does occur, you will not recognize it. That's why I've made this week's list.  It will help you recognize those little bits of luck that happen. 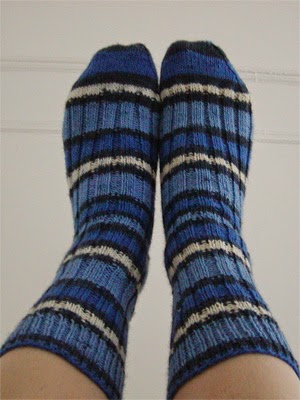 10.  Hey the socks match! - You are doing the laundry.  In this modern age, the actual washing of the clothes is not really that big a deal. Even if you have done laundry once (or in my case twice) you quickly learn that the most difficult and arduous part is the sorting.  In the sorting the worst part is the socks.  Well, every so often, you do the sorting and BING!  The first 2 socks you pull out are a match!

9.  Exact Change, perfect - In any given pocket there are the leftovers of purchases past.  The change.  The coins you didn't care much about really.  Something along 38 cents.  You go to buy something and the total cost happens to be exactly what you have in your pocket!  nice. 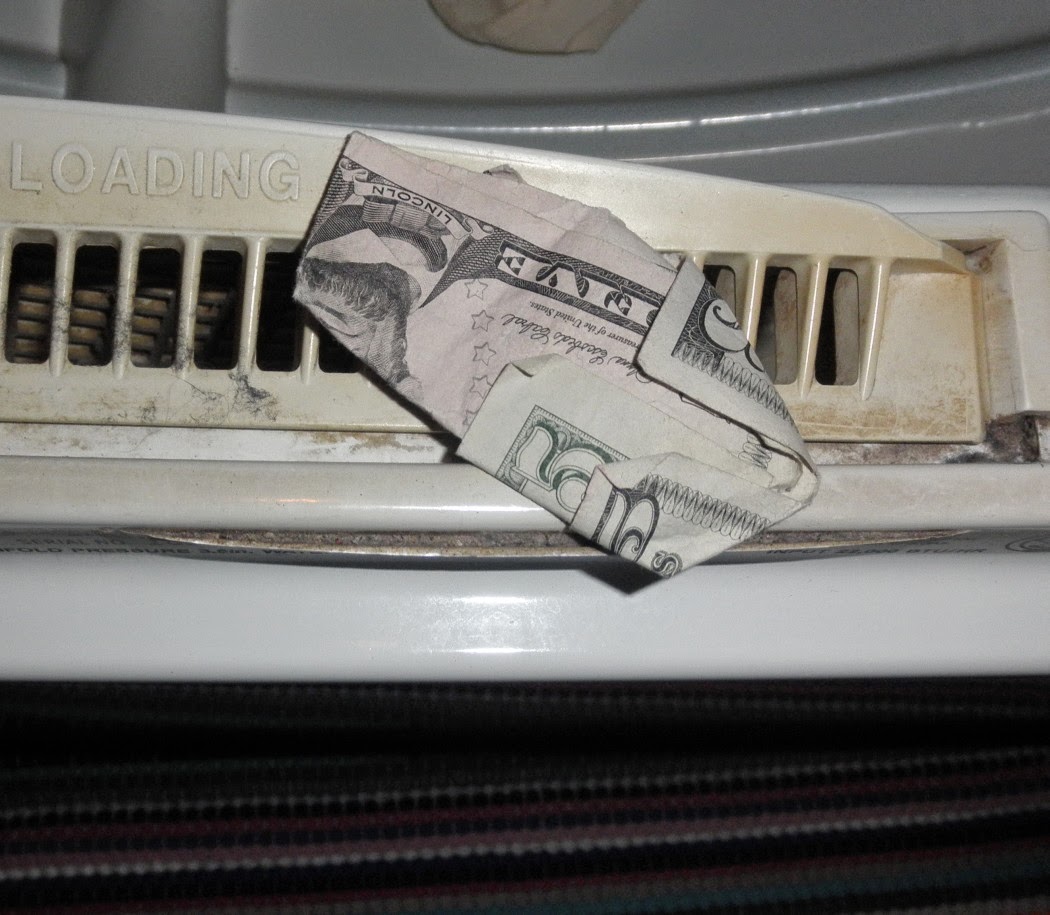 8.  Found money! - You put on those old work pants from a few months ago to just run out and get the mail.  Wait a minute!  There's 10 bucks in the back pocket!  Now some people would tell you that you didn't get any money you didn't already have, but if you didn't remember it, it's new money.  You certainly can't spend money that's stuck in a pair of pants in the back of a drawer.  Oh it's good luck.  Word to the wise.  stuffing pockets with money just so you can find it later isn't really a wise investment strategy. 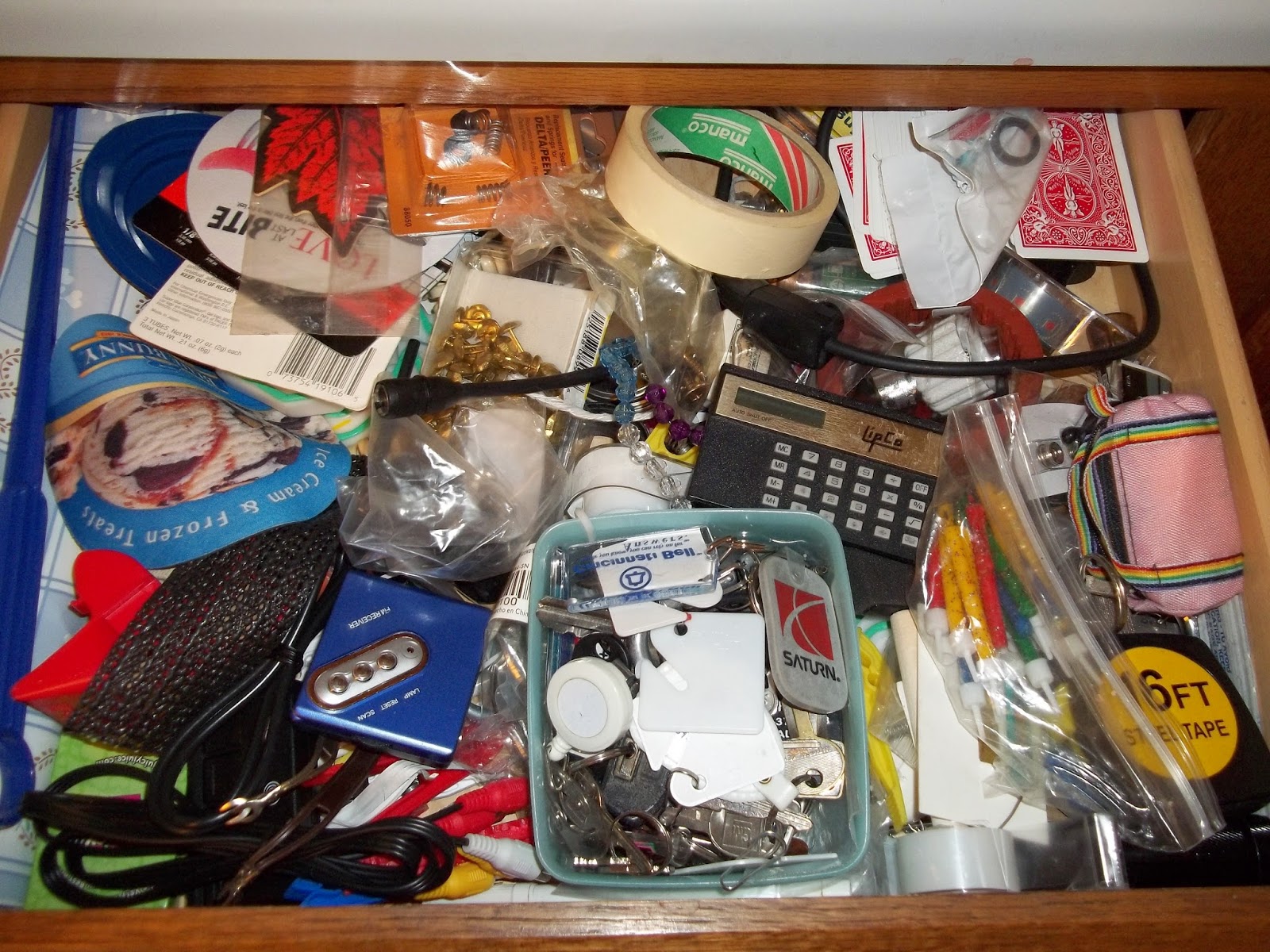 7.  The Junk Drawer - We all have one.  It's the junk drawer.  It's often the drawer of last resort.  Usually you will have in this drawer: Paperclips, twist-ties, non-working pens, pencils with no erasers, 3 pairs of scissors and the odds and ends of life.  They should change the name of this drawer to the good luck taken for granted drawer.  It really has 90% of everything you need in a pinch. 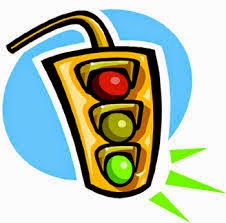 6.  Just in the nick of time! - Everyone complains about hitting all the stop lights.  Happens plenty.  What doesn't happen often is not hitting any traffic light, but it happens sometimes.  Often, you don't even notice. 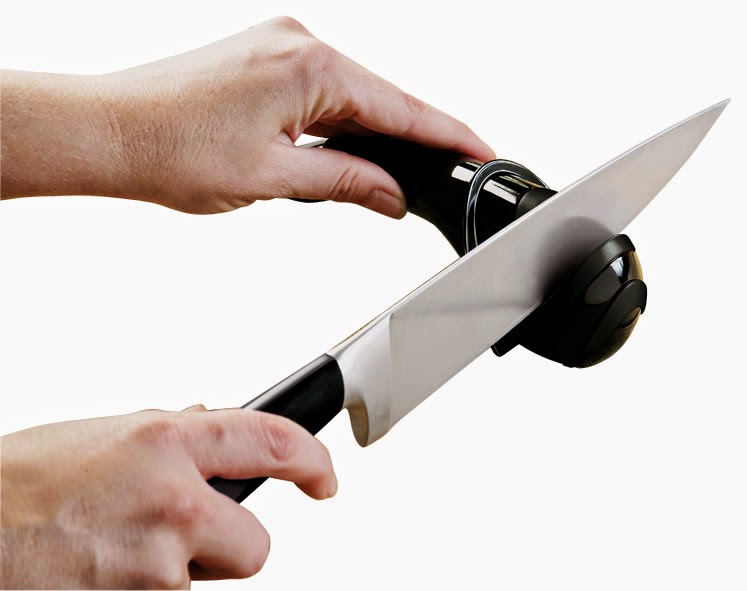 5.  That was close! - I'm no whiz in the kitchen.  That's actually an understatement.  I don't do much of anything in the kitchen except stack dishes once in a while.  I do, however, cut an apple for breakfast nearly every day.  Once in a while I will be distracted while I'm cutting my apple and I will nearly cut myself.  Now that is lucky.  Now this bit of luck doesn't just happen with knives, it happens any time you are using a tool in an unconventional manner.  Using that screwdriver to chip ice off of something.  Using those pliers as a hammer. 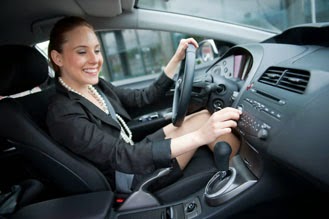 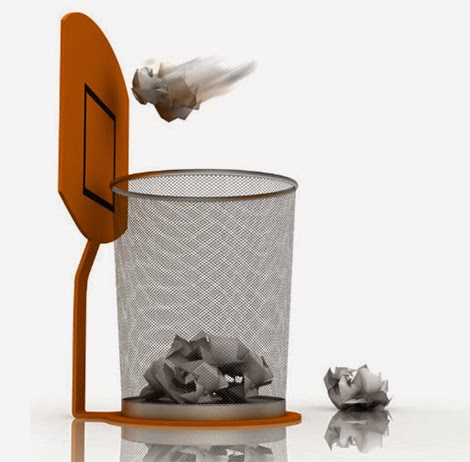 3.  Nice Shot! - You're cleaning up, you can see the trash can a ways off.  Well out of your range.  The truth is, you miss it 1/2 the time when it's right next to you.  But you haul off and throw.  Boom, you hit that shot like you are a first round draft pick.  You don't try again, because you aren't going to tempt fate.  But yeah, that's pretty lucky. 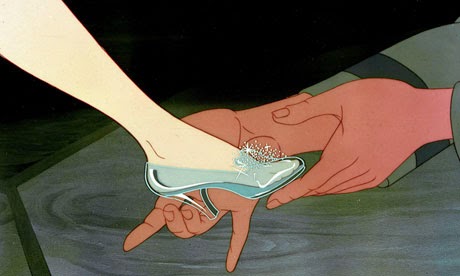 2.  They fit great! - In the days of the internet, you can buy nearly anything online.  The problem is, when it's clothes, will they fit?  When you take delivery of that Spider-man costume, you put it on to find that it's perfect!  Not a stitch out of place.  Well that's as it should be right?  Yeah,  Most of the time you are lucky if you get a bolt of cloth with a rubber band sewn into one side.  You were lucky. 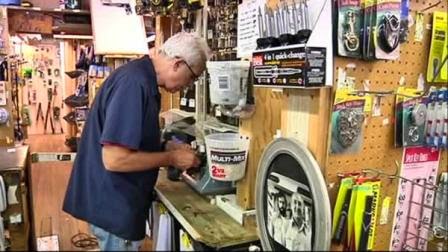 1.   Just the right one. - You are fixing something at home.  You need a part for something you assume would only have one kind of part.  You go to the local hardware store. you find there are not only several, but several parts that look very much like the part you need with some slight differences.  You decide to pick the one rather than all the varieties and come back with the ones that don't work.  It's the right one.  Oh yeah, that's lucky.  So lucky, that you are better off taking a picture of the part you need to replace.

Thanks as always.  I appreciate it!
Posted by Macotar at 5:05 PM No comments: Links to this post

No, not Magic the card game.  I'm talking about magic,  and not magic tricks.  Magic.  Conjuring, spells, enchantments, all of it. For the purposes of this entry we will call it Magic.  Oh, ok Mark, this is one of your flights of fancy blogs that nobody really reads.  To you I say NAY!  This is a serious treatment of Magic that nobody reads.  The thing is we want to believe in magic, just look at our movies.  Constantly portraying creatures and elements that simply do not exist.  They are magic.  But I've come to realize that Magic seems to have some rules associated with it.  Movies have told us what they are.  That's what I'm going to cover. 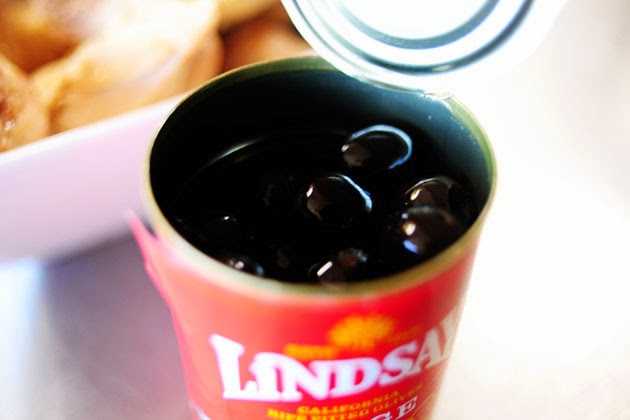 10. Magic is Ancient  -  So the first thing you notice with magic is that it is always really old.  Older than everything around you.  So old that everyone forgot it.  I have a little tip.  If magic could really do what people claim it can do, NOBODY would forget it.  As it is, it is so old that nobody remembers it, but it's still there, lurking... like that old can of olives in the back of the fridge. 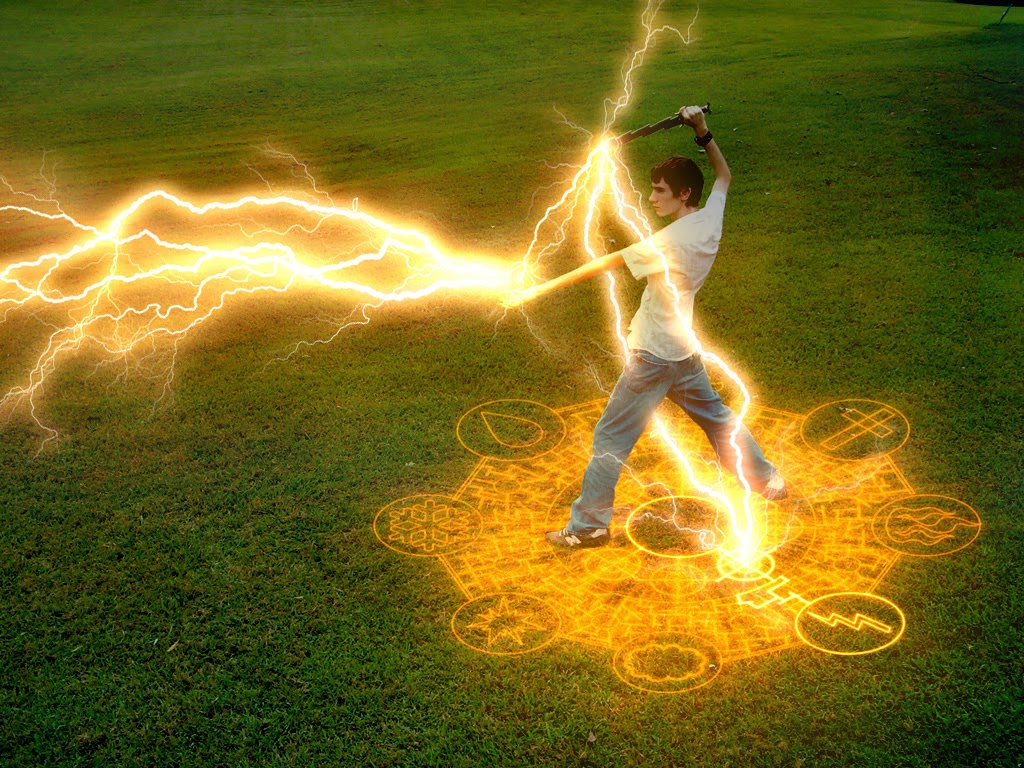 9. Magic regularly mocks science - In a movie where magic is used a lot, the wizard or warlock or enchanter  will have some kind of a small soliloquy about how man and his science are no match for the power of magic.  They proceed to recount the history of their particular magic and how it's power has been growing all these years.  This is usually the bad guy, but not always. This is usually accented with some kind of a trivial show of power, like instant lightning, which is actually electricity and not magic. 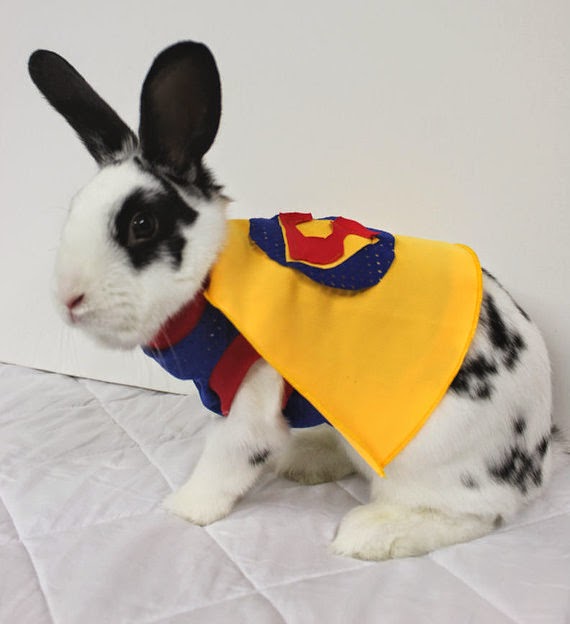 8. Nobody is impervious to Magic - Even Superman has no answer to magic.  The BEST you can hope for is protection from magic.  That of course requires magic.  Often it's the knowledge of magic that makes you even more susceptible.  Look at Merlin. 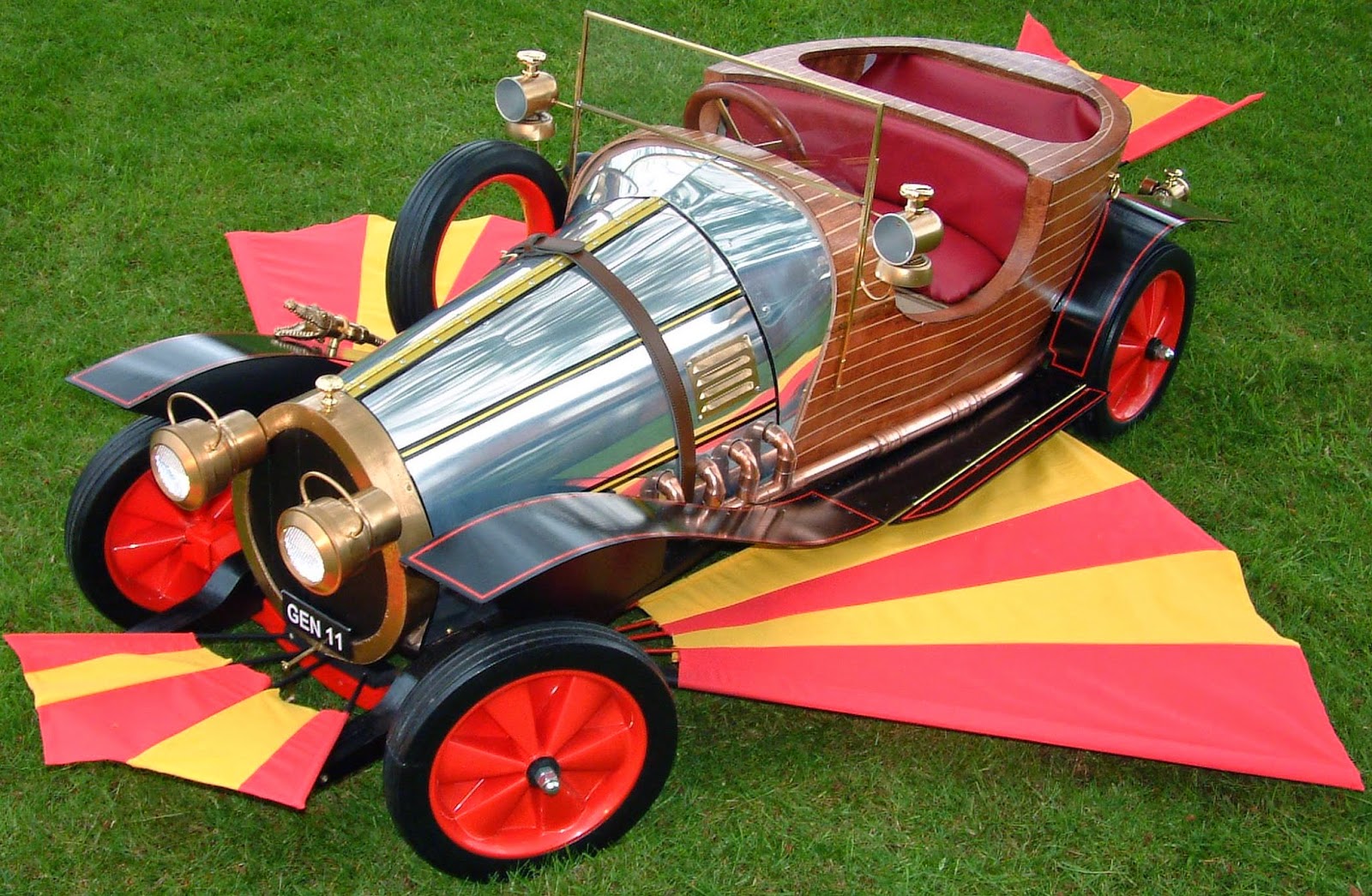 7.  Magic doesn't work all the time. - Magic is worse than an old junk car.  You never know when it's going to work.  It has the nasty habit of not working when you need it most.  Magic is kind of like that flaky friend that is more interested in what you can do for him than the reverse.  Once you start asking magic to pay for it's share of the pizza, poof, magic disappears. 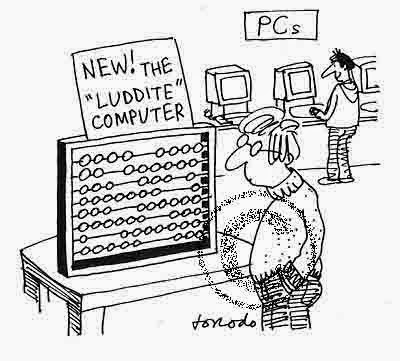 6.  Magic is understood by a few - Oh cryptic magic.  Unbelievers in the movies when confronted with magic will start making unreasonable demands of magic.  They are like people that don't understand computers, making requests of techies.
'Can you print a car with a computer?'
'Yeah, maybe'
'Well, print me a Porche!'
'Maybe you CAN print a Porche, but it won't work right and it will be even more expensive than a real Porche.'
The ultimate replay is 'So what good are computers then?'
Same with magic.
'Can't you just zap the bad guy into an alternate universe or something?'
'No, there isn't enough power to do that and it wouldn't be permanent'
The reply is usually the same: 'Well, what good is magic then?' 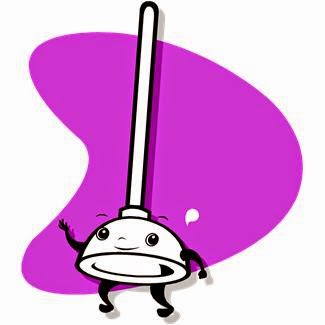 5.  Everything can have Magic -  Rings and sticks (wands) are Magic's objects of choice, but swords and daggers come into play as well.  Since it's magic, Grandma's old toilet plunger might have been enchanted, why not?  I can think of cases where I would have really appreciated an enchanted toilet plunger.  Lets just say someone ate something cursed. 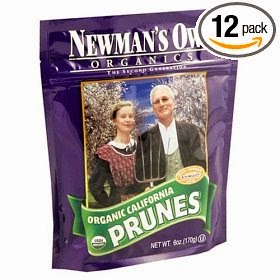 4.  Magic defines its own limits - Magic is not infinite, but it is rarely defined on the outset.  ANY magic in the movies has to be defined at least as far as the movie needs it to be, but early on enough that the audience knows the limitations.  You can't spring magic's limitations on people at the end of the movie like a 4 year old cheating at Go Fish.  It usually comes in the beginning of the story when the wizened old man mentions that the magic is foolproof unless you are ______ .  Where the blank is something that magic doesn't like.  Touching rubber, not being a virgin, just ate prunes.  Who knows?  Magic is fickle like that and it's not for you to question. 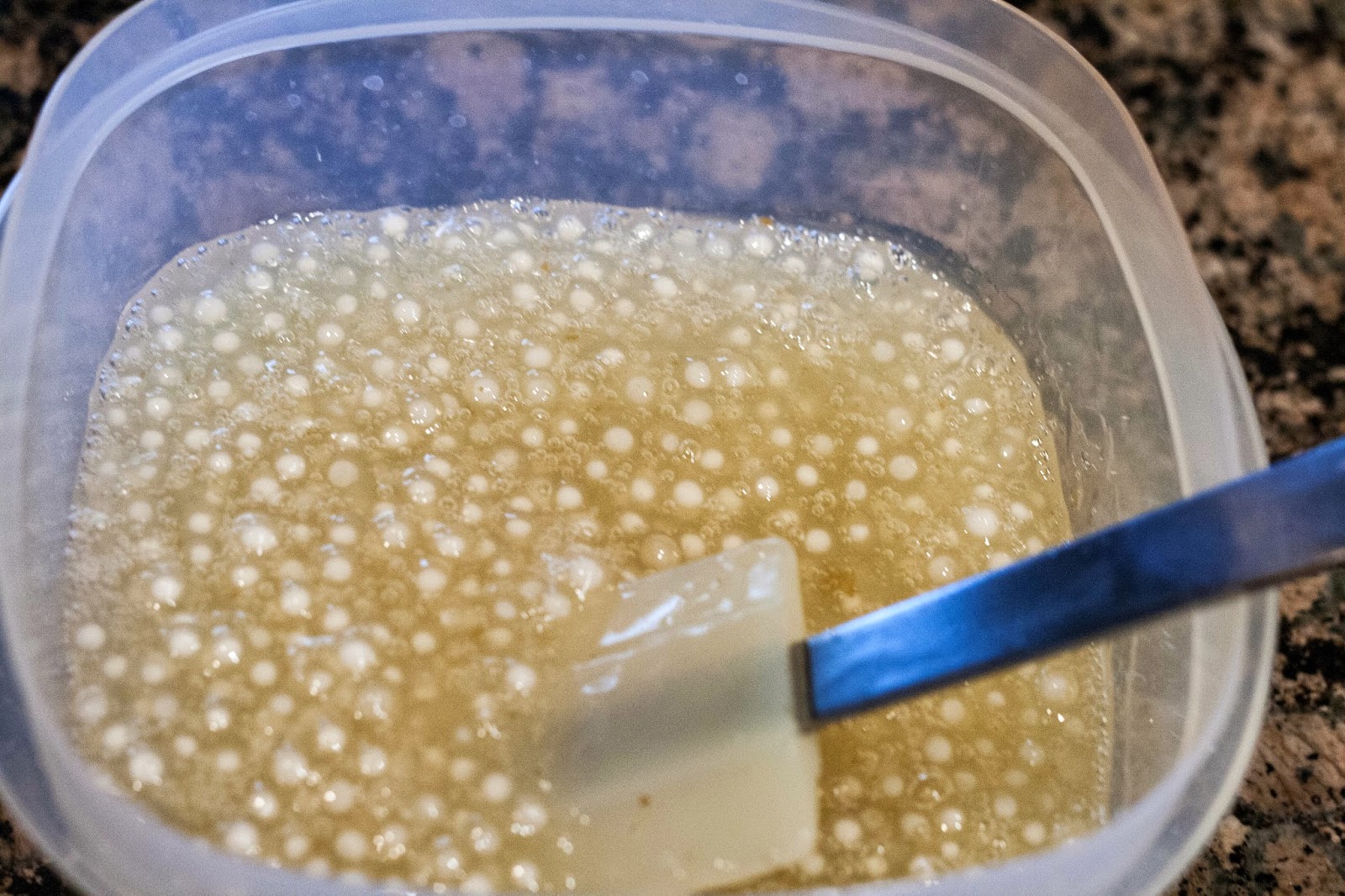 3.  Magic is very picky - as mentioned earlier, magic defines it's own limits it also can have some very odd requirements.  This is evidenced by a witches brew.  Exacting measurements and prescribed methods are required or the spell will go bad.  If you ever watched Bewitched, you knew this.  Eye of newt, but it had to be fresh.  Wing of Bat.  Hair of some rare butterfly.  Don't try to get the knock off ingredients like tapioca for newt eye.  Not only will the magic not work as intended, but it will probably give you a potion that grows hair on your back instead of your head.

2.  Magic is both good and evil - Magic is just a tool.  Not any different than science in the regard that it can be used for good or evil.  Rarely will you ever find magic being different on the good side than on the bad, just how people used it.  In Star Wars' case, the force seemed to be good or evil, depending on the way that you used it's energy in tune with your emotions. 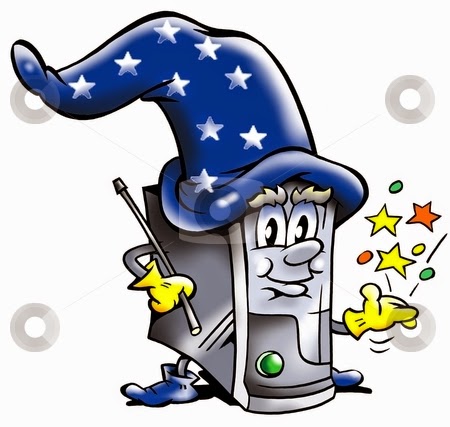 1.  Magic is a Technology - When you get down to it, you look at all the ingredients and all magic is, is unverifiable science.  Sure, you might be tapping into the nether world for a power source.  Maybe you have to summon cosmic forces nobody understands to get your stereo to play, but in the end, it's no different than getting the specific kind of cable and power supply to get your optical drive to spin up.  Probably the biggest difference is that technology doesn't usually need a rhyme to get going.

Well, this chapter was far from magical, but hopefully you got through it all without feeling cursed.  A fortnight awaits!  See you then.
Posted by Macotar at 12:00 PM No comments: Links to this post