I have literally 45 other ideas to flesh out, but none of them equal 10.  That's right, I'm running on fumes.  So as I have done in the past, I will look at a color.  This months color is green.  Things that are green.  Sorry,  hopefully it will get better, or I'll stop; one of the two. 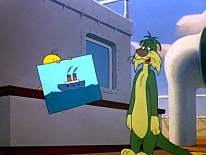 - Seasick - Cartoons comprise many of my earliest memories.  I often learned the caricatures of movie stars and politicians of the age as well as the slang of the day from early Warner Cartoons.  Along with that I learned that if you are seasick, you turn green.  Do you turn green in real life?  Only if you have olive skin.  Otherwise you turn white.  But for at least some of us, seasick looks green.  My dad always used to say 'green around the gills'.  One of his many enigmatic phrases. 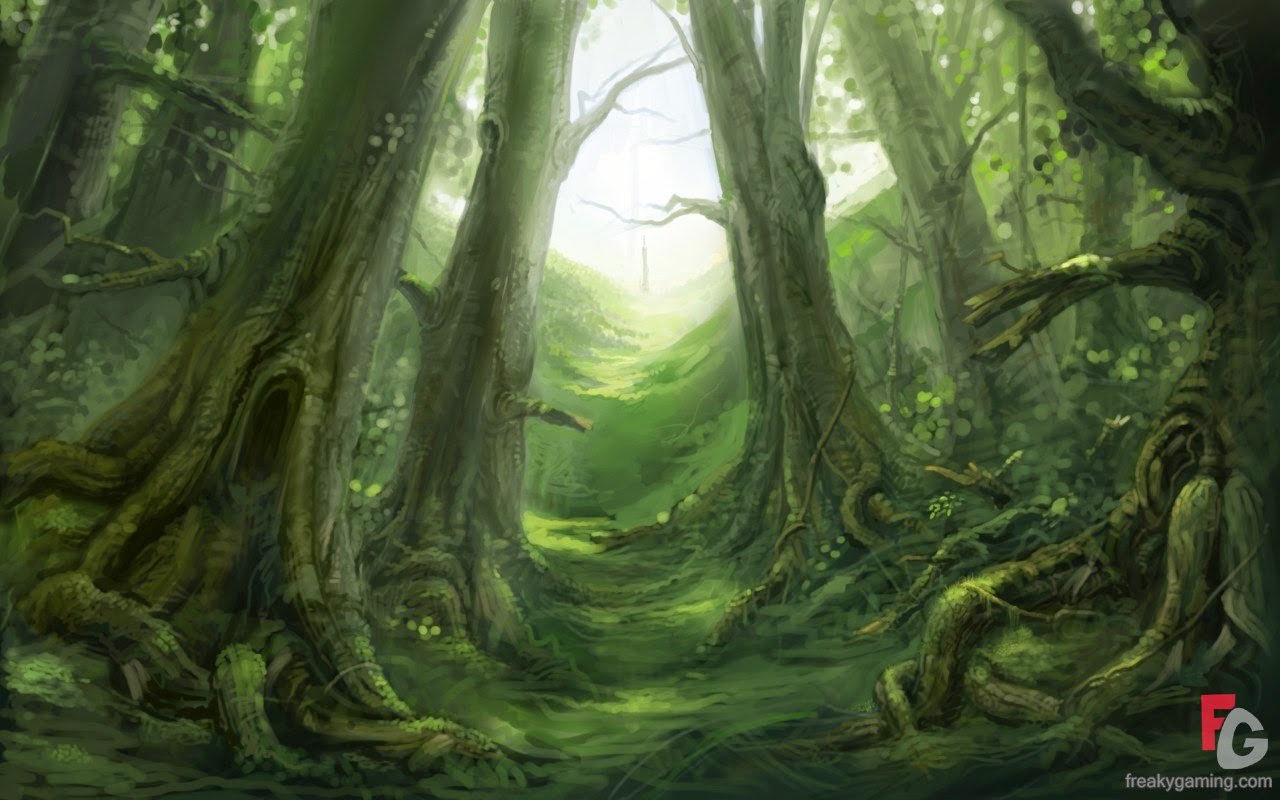 - Forests -  Of course the forest is green.  So green that forest green is it's own color and has been for quite some time.  Classic forests have all been typified by a lot of moisture.  I've heard rain forests are called that because even if there is no rain, there is so much moisture in the air that it is continually raining under the canopy.  I don't really know if that is true, but my guess is that such dense forests are at least always damp and not suitable for picnics. 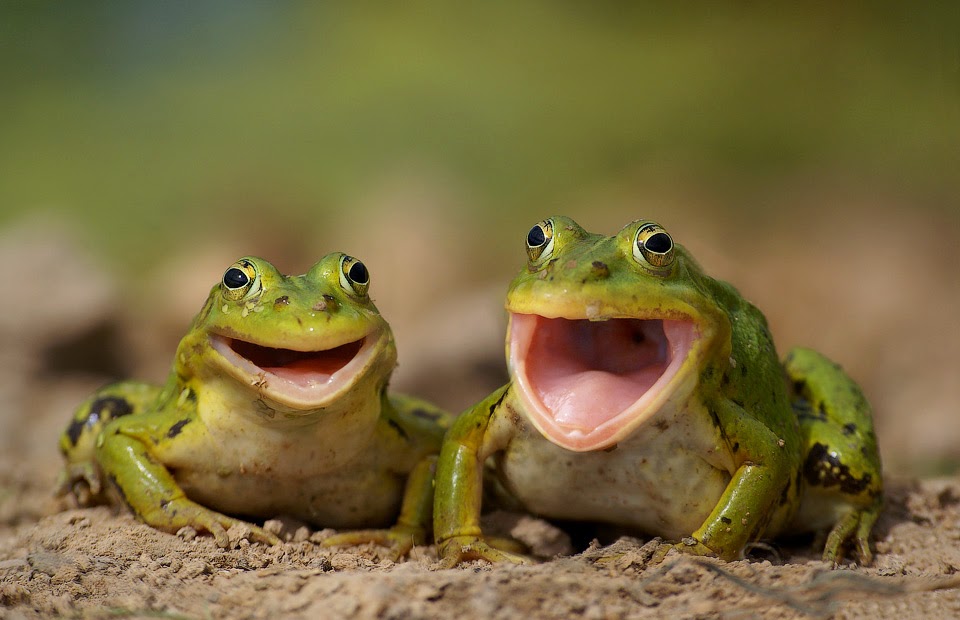 - Kermit and other frogs - speaking of forests, Frogs tend to dwell in the forests and more specifically near the water in a forest.  There are many types of frogs and their cousins toads.  I never knew the difference until now.  Specifically frogs are smooth and green and hang out close to water.  Toads are warty and brownish to green and can survive longer away from water.  Kermit on the other hand is made of felt and is most closely associated with a pig.

- GO - Here in America we have traffic signals that go as follows.  Red means stop.  Yellow means about to stop and Green means go.  We used to have only the red and the green.  Apparently the abrupt change from go to stop caused trouble so the yellow message of 'we are getting ready to stop' was thought to be a good idea.  I can't imagine that it ended up being a good idea since all it tends to mean is Go faster.  In most states the yellow light is really just another shade of green and does not indicate right of way or anything else important except the prediction of an impending red light. 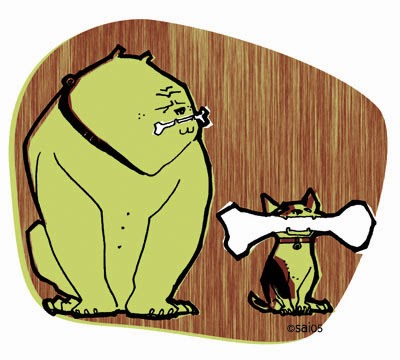 - Envy - Green with envy.  Envy is not the same as covetousness. A person covets things.  A person envy's other people.  This goes all the way back to the grass being greener on the other side I suppose.  A saying that talks about the conditions of other peoples lives.  I have caught myself being envious of a persons outcomes without giving much thought to what it took to attain that outcome.  Everyone wants to pillory the rich because of their riches.  Nobody wants to attack the starving worker that is putting their all into their eventual riches.  Seems like just envy.  If you envy the person then you should blame yourself for not putting the work and risk into a similar outcome. 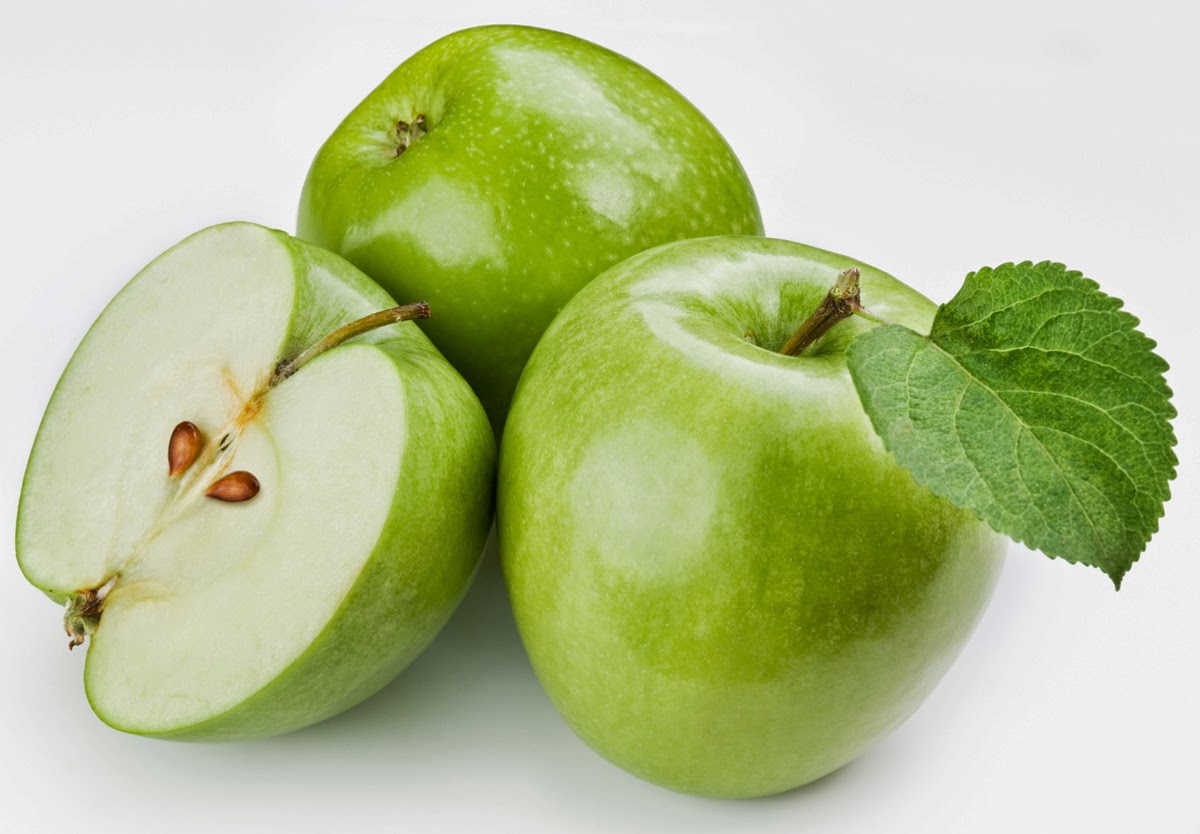 - Tart Apples - Granny Smith apples, apples for pies.  I'm not a fan of cooked fruit.  There is only one format where I really enjoy cooked fruit and that is in a traditional family dish called fruit soup.  Of all the fresh apples that are out there, many of them are green.  Those green apples are only good if had with caramel thereby nullifying any healthy effect they might have.

- MONEY - Prior blog was names for money.  Thanks to the US dollar, money is known as a greenback.  We sometimes call it the green. 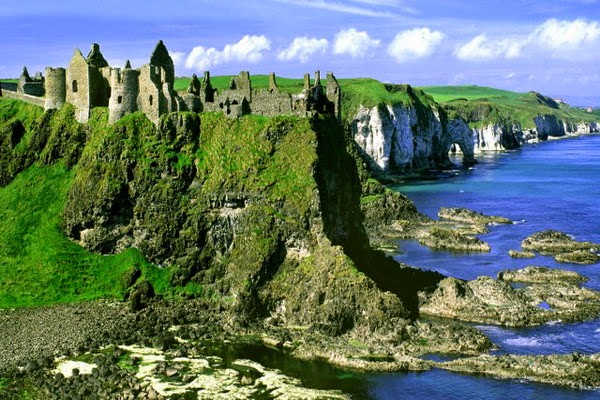 - Ireland - The Emerald Isle.  When I was a kid, I remember a cartoon that showed the emerald isle like a giant emerald that melted into the landscape.  It always looked so inviting and verdant.  Now the only thing I know is that if there is an Island that green, there must be a LOT of moisture to accompany it.  Ireland is no exception.  Lots of rain and fog, but when the sun is out the green is spectacular 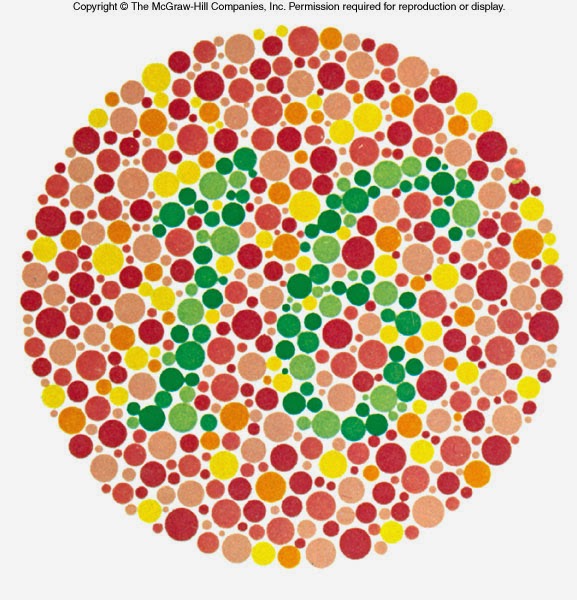 - Red - if you are color blind ;).  Sure Red isn't green, but it has such a blend in the colorblind spectrum that there is trouble if a colorblind person tries to distinguish between the 2.   Those cool tests where there is a bunch of dots and they make numbers if you can see them but if you have one of many forms of colorblindness, you get just a circle full of smaller circles.  Those' tests were my favorite part of visiting the eye doctor.  It might have been the first test I had taken where I got all the answers right. 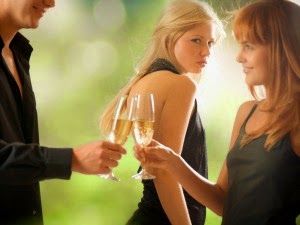 - Jealousy - Also known as the green eyed monster, Jealousy is what happens when a relationship you have or think you have, is threatened by a third party.  You become jealous of the effect that the other party has on your current relationship.  People regularly confuse jealousy and envy.  Envy is for attributes of people.  Often you become envious of attributes of the person you are Jealous of.  The phrase 'She would like me more if I could play air hockey like her stupid boyfriend', tends to find both jealousy and envy if not sense.

I know I've already talked about money.  Those were 10 different currencies.  This is 10 words for money.  There is a difference, I swear.  I honestly can't think of anything that has more nicknames than money.  10 of them were pretty easy... 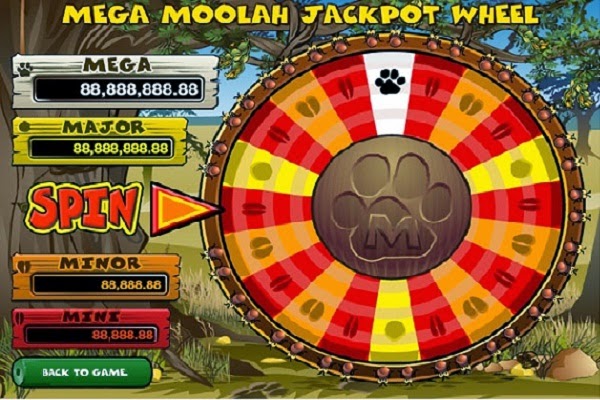 Moolah - the word moolah has been around for a long time.  There are a LOT of theories as to it's origin.  None of them seem to quite fit.  My dad used the word as synonymous with money.  Mr. Howell Used the word when pretending to be a Native on the island to entice the federal agents to come back and hopefully discover the criminals hiding in the hut.  From what I've read, it might be a reference to Moloch a cruel god that required very expensive sacrifice. 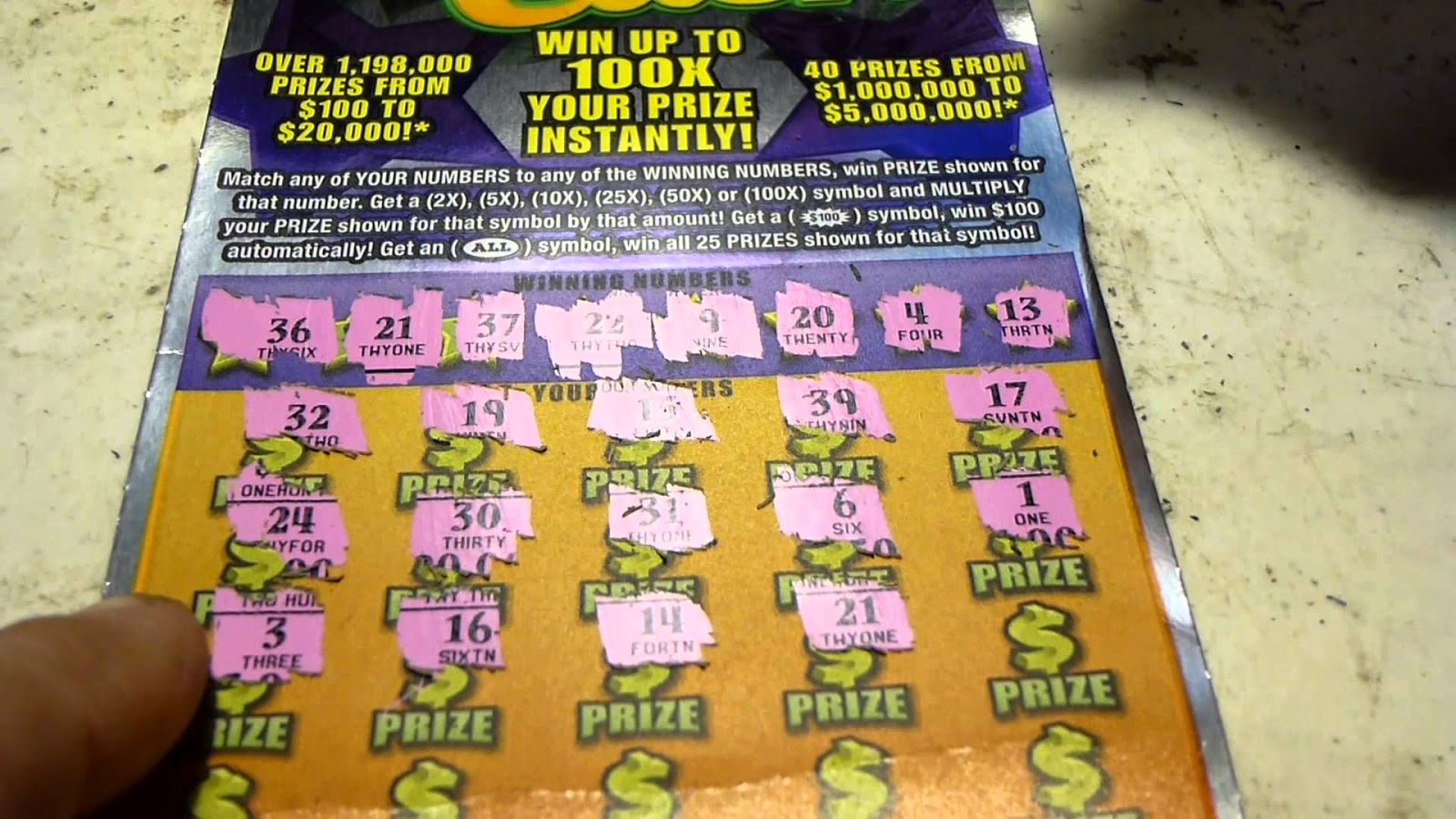 scratch - Once again, the word has been around for a long time and used as slang to indicate money.  There is some thought that it uses the term scratch in the same way as someone bakes something from scratch, or from elemental ingredients.  Perhaps money/scratch is considered the most elemental of ingredients.  Maybe scratch is what you use to placate a nagging itch.

cash - Cash is a generic term for any money of any denomination.  It's also a verb for the exchanges of goods for currency.  Probably the most used slang term for currency that we have.  From Cash on the barrel head to Cash and Carry.  Cash is the point. 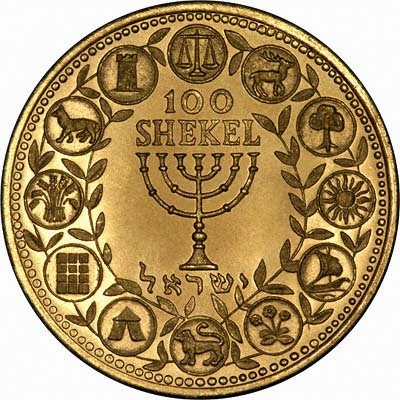 Foriegn Names - Diniero, Samoleans, Sheckels, you name it, every country/government has their own currency.  With that currency comes a name.  Whatever that name is the country on the whole knows that name.  If you are in one country, it's kind of cool to use the name of another country's currency.  The more obscure the country name, the better.  Of course the country's currency can't be named the same as your currency, then it doesn't matter. 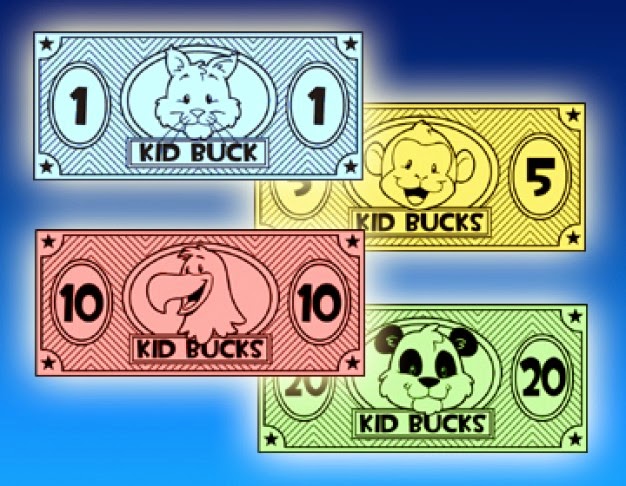 Bucks - This is the term we tend to use for money when we want to diminish the size of the money being discussed.  Nearly always used with 'only', bucks are the casual term.  For example, if you mention to someone that you will only be paying 20 dollars a month, you are being accurate but the emphasis on dollars tends to indicate that you think you are paying too much.  If you are paying the same amount of money but explain it in terms of bucks, you are saying that it is a good deal, 'I'm only paying 20 bucks a month for this. 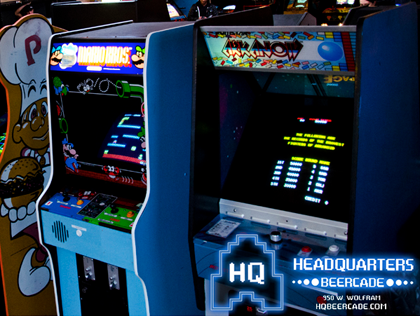 Credits - Scifi and video games use Credits as the denomination of currency.  The science fiction world doesn't have any respect for individual governments because everyone knows that the world will be eventually one large government with one currency.  Since we don't want to favor one currency over another, we will go to the generic credit.  Video games of course have known this since their arrival on the economic scene in the late 70's.  1 credit = 1 play.  how much is a credit worth?  Who cares. 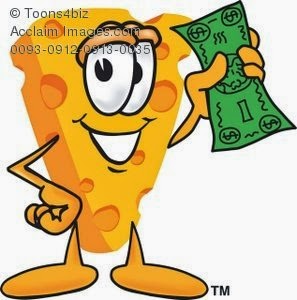 Cheddar - A more recent street term for money.  Cheddar being synonymous with money might have come about through the government cheese program of the 80's.  If that's true or not, it's very street cool to use the term cheddar for money. 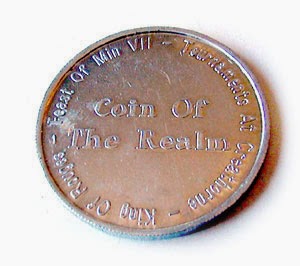 Coin - Short for coin of the realm.  Coin is the actual term for physical money.  I've also noticed that when you are talking in terms of coin, you are talking about how much something is.  'They want that much?  That is a LOT of COIN.'  Coin appears to be the opposite valuation of money against bucks. 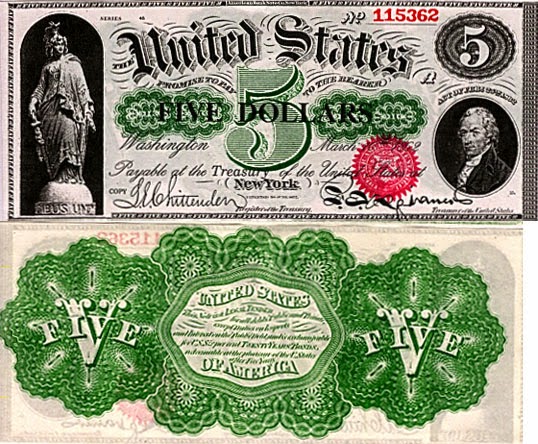 Greenbacks - This term is specific to American currency.  Greenbacks describe exactly the paper currency that is clearly green on the back. 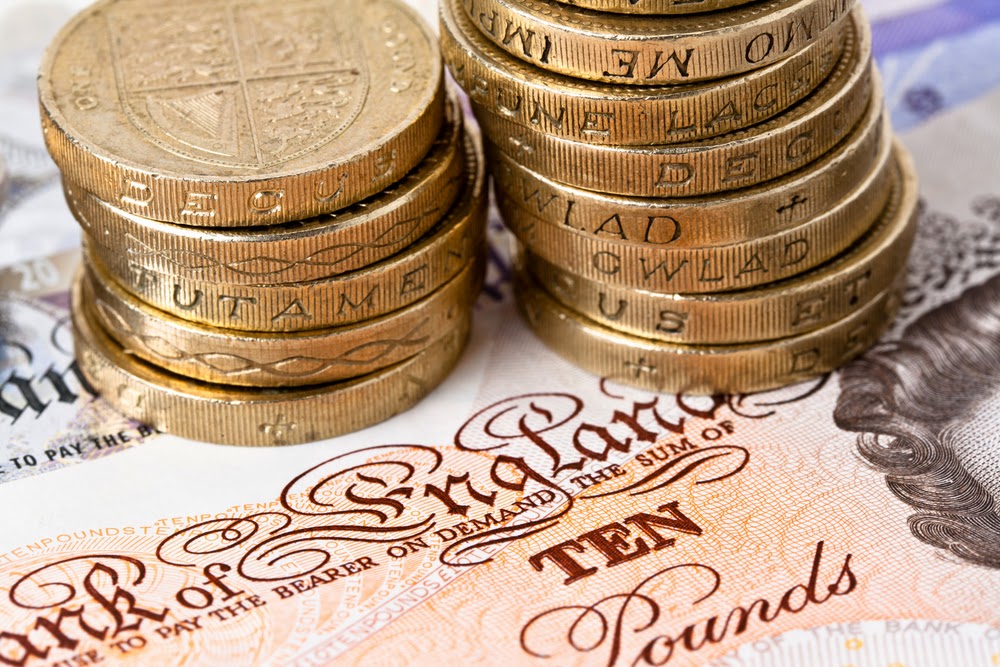 Quid - one of my favorite terms for money, the Brits have shown up with another great bit of slang.  Quid being short for Quid pro Quo or this for that.  This is a perfect slang definition of the nature of money.  It is literally I will give you this round piece of flat metal or this rectangular piece of paper in exchange for a real piece of merchandise or service.


There we are, stumbling across the finish line once again, only to wait another 15 days...more or less...Thanks for reading!!
Posted by Macotar at 7:02 AM No comments: