Lets assume for a moment, like many of us do, that there is in fact an afterlife.  This afterlife has been explained to us by various religions and beliefs, and each religions version of the afterlife have 2 things in common.  1.  You are alive after you die, just somewhere else.  2.  The afterlife has only ever been verified by people that haven't died yet and are telling you about it.  Now the 2nd one seems a bit snarky, but that's not my intent.  My intent is to say that my ideas about what's going on in the next life is every bit as valid as anyone else's.  If you want to call me on it, you'll have to do it on the other side where you can say 'See Mark I KNEW you were wrong'.  But until then, these ideas all have different takes on what it means to exist in a next life and may have some basis in other belief systems.  In your mind preface each one with a 'Maybe' 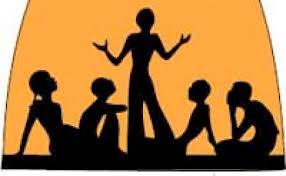 - Swapping dead stories - There you are.  Dead.  Along with all the other dead people.  There are lots of them.  I mean really lots of them.  So what do people do?  Talk about common experiences.  The only common experience you will likely have on the other side is the fact that you died before you got there.  Most people will have cancer.  There might be some confusion when some mention consumption and others feel tuberculosis is a more apt description.  Choking and starving alternatively will have pretty high populations.  The really unique deaths will involve plane crashes, electrocutions, nearly perfect sky diving and a little too thrilling thrill rides.

- Trying to remember what it was like to be hungry - Lots of belief systems have you living in an immortal state in the next life.  If you are immortal, it means you aren't going to die naturally.  Pretty simple.  But if we look at a lot of the things in life that affect us, they affect us BECAUSE we are mortal.  We get hungry because our brain tells us that we need energy in order to survive and the only way we get that energy is through consumption of calories.  If you don't you will die.  Well If you are not going to die.  Eventually your brain will skip the whole hunger thing since it doesn't serve much of a purpose.  Once you don't have hunger, you don't really have a reason to like food.  So maybe that's how you can tell the freshly dead on the other side is by the fact that they are eating and they crave food.  The long timers like Winston Churchill and Socrates just chuckle and say 'I can't even remember what it was like to want food'. 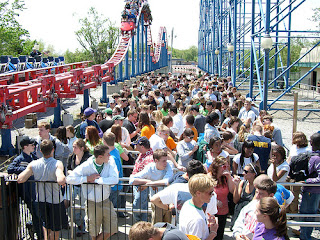 - Waiting in line for the next ride - What is reincarnation?  Well it's your consciousness coming back to occupy a new shell.  Every one is a specific life and when you are done, you are judged on what you did and you either go up or down on your next roll, but you do get a next roll.  Well you are going to have to wait for your next best incarnation so you sit around and talk about your last life in your non corporeal form waiting for your next host to become available.  I'm kind of hoping for a house-cat on the next round, they seem to have it made. 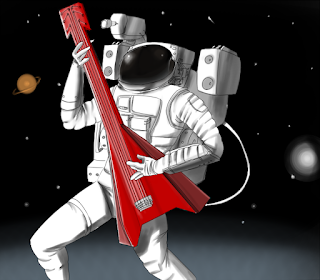 - Singing in a vacuum - At one point the thought of the next life was to praise a supreme being.  The only thing you knew about the next life was the visitors that came from there to here.  Well they were singing angels accompanied by a band of angels.  We assume they are immortal.  As I mentioned before, if you are immortal you don't need a lot of things that you would need otherwise.  Like air.  What's the point?  You don't breathe it's ok.  you just don't breathe.  But if you don't breathe you can't sing?  So maybe there is air in the next life so you can sing.  Alternatively you are singing in a vacuum and the supreme being just appreciates the effort.  After having heard several less than heavenly choruses it strikes me that airless is probably the safer option. 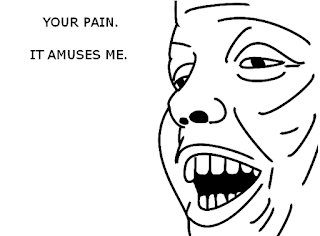 - Watching us - There is precious little description about the day to day activities of the deceased.  So little in fact that it makes me wonder if there is anything to do there at all.  Surely you would like entertainment like we like it here within our mortal coil.  Well, maybe there just isn't much to do.  When you are immortal, concepts like DEAD LINES are laughable if not ironic.  So maybe it's more entertaining to watch us struggle through the throes of mortality.  Our petty arguments, our silly grabs for temporary power.  We really are quite a show. 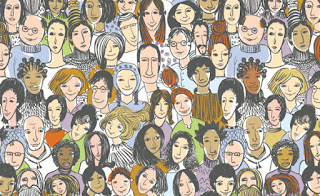 - Living their own lives - alternatively, maybe there is just a life very similar to ours.  So similar in fact that they are too busy living it to spend a lot of time ruminating about the prior one.  They are just caught up in the day to day existence of wherever they are.  They have next world things to worry about.  Probably exploration of some sort. 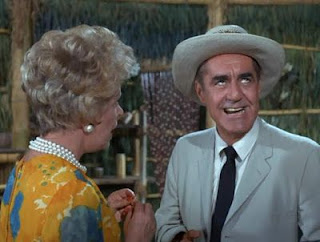 - Trying to figure out how to keep things private - a common description of the afterlife is a time when 'all truth shall be made evident'  evident or obvious.  no secrets.  at all.  so your brain and your thoughts are instantly open for everyone to see or hear.  That's got to be particularly annoying.  It would probably be a lot like everyone running for president at the same time.  Everyone being simultaneously ashamed and offended. 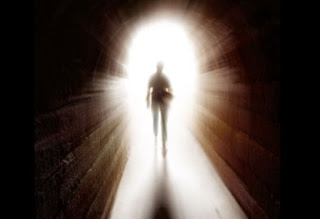 - Wondering about THEIR next life - Ok, so what if the next life is exactly that.  A next life.  Different planet, different format, maybe everyone is cat people because that's how it shook out.  You die, you get there and you realize that everyone there is consumed with what happens in THEIR afterlife.  Nothing at all has changed, except you traded one existence for another, but you have many of the same worries because you are very mortal again, just different. 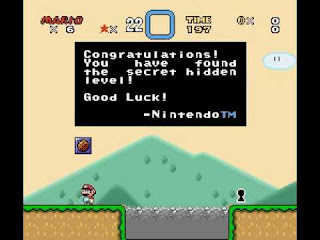 - Hoping they got a high score - So in some versions of theology we are in our own discreet existences.  That really follows nicely to the thought that we are just in an elaborate video game.  It's so advanced that it has granular detail for anything you look at.  You live your life and then you die and that's when you see a score.  You never really died because you were never really alive, you were just the avatar for your controller.  It does explain why you do things you never thought you would do.  It's because the person controlling you is searching for hidden power ups. 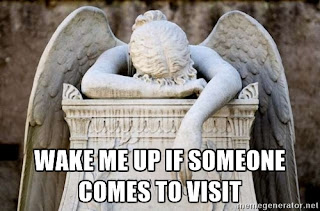 - Looking forward to Dead holidays - Maybe the dead are hanging around doing whatever they do and they see that memorial day is coming around.  They debate with each other about if anyone will be visiting their grave and should they go check.  it's kind of a drag but they figure if you've gone to the effort they should probably show up.  But then things get kind of hectic and there are plenty of projects to work on so who really needs to visit the last place you left your body?  Well, they can't HEAR you anyway no matter how much you yell, so really why bother.  Besides, you can visit ANY time you like, you don't have to fight through the crowds of the other dead that are there.  Once you have been dead long enough you don't have to worry about it.  That's a relief.  On the other hand, Mexico is doing that day of the dead thing, that seems like a LOT more fun.

There it is.  and I'm publishing this one early because I've been late plenty lately.
Posted by Macotar at 10:46 AM No comments: Links to this post