10 Do's and Don'ts for Company Parties

Company parties are a strange animal that happens with companies great and small.  They are strange bits of society that live within the beating heart of the corporate body.  Once people work together long enough it seems the owner will designate some kind of party to show they aren't all work but are in fact some play, thereby alleviating Jack of the burden of being a dull boy.  I wanted to post this when we were a good enough distance away from holiday parties that my thoughts might be considered for the next party.  If you are in charge of putting together the company party, or are going to attend one here are some observations... 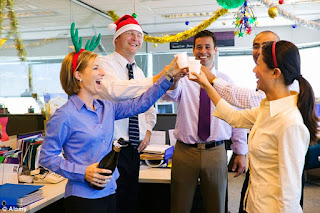 - Work talk?  Are you kidding?? - Don't Talk shop - If you are going to the company party, it should be a rule that anyone talking about work should be deemed unfit for the party and thrown out on his or her brown nose.  If you are among the curmudgeons that think that parties are a waste of time and not to be indulged in, I've got news for you Oscar...People actually are more productive with fun breaks like that.  If you are going to have a party, have a party.  That includes upper management palling around together talking semi business in hushed tones.  Gives people the creeps.

- Sit at the Presidents Table - He's more afraid of you than you are of him.  Company parties should be the great equalizer between the royalty and the subjects.  If your company CEO will deign to sit with his subjects, then this is a really good time to get noticed by the boss.  This of course is NOT the time to play your rendition of Beethoven's Sonata for Armpit.  Then again, it can't hurt.  He is not going to pay much more attention to you than to make polite chitchat and give you the dumb animal look.  If you don't know what that is, just remember that phrase then next time you are talking to your dog, then quickly look in the mirror.  THERE, that's the look.  yeah, he's totally giving you that look. 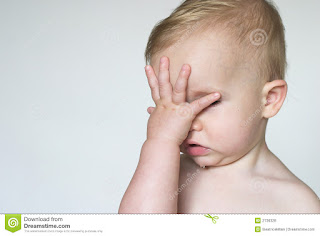 - Bring your kids?!?  Are you INSANE? - Don't bring kids Don't invite kids.  I understand that in many cases finding a sitter is hard etc.  But do not bring your kids.  If you are organizing a party remember, every outing into the wild with children is just a fresh slice of Hell for the parents.  They have lost all hope of enjoying themselves, and only hope to survive.  You want them to show up?  Well, maybe you should have a different sitting service that will provide fun and games in a safe environment for the kids.  This of course includes the CEO's kids.  With all due respect sir, we don't want to see your little jewel give her rendition of the Hallelujah chorus for the tenor tuba. - Start Drinkin - DON'T get sloshed.  Better yet, stay away from the sauce.  Drinking is for doing around people that don't mind you with your guard down.  People that don't know you that well, don't WANT to know you that well.  Save the drinking for home or the bar.  If you are a company that still offers an open bar, well that's surprising first and second, check to see if your insurance will cover that. 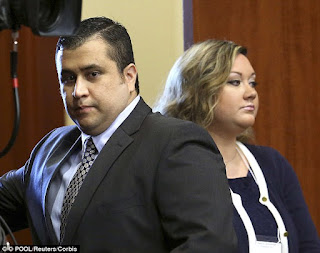 - Best foot forward - No arguing with your spouse.  Spouse, no sitting and moping or shooting eye daggers at your other half.  Since you are all there together, it's time to act like a team.  Yes I'm sure he/she doesn't deserve it, but you will reap the benefits of looking like a cohesive unit in front of other people.  This gives your employed spouse an aura of stability no matter what you really know about them.  This is assuming that spouses are invited.  If they aren't, then bully for you.  Company parties suck anyway. 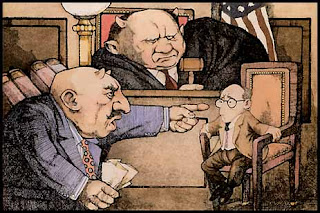 - Hey wait, is this the 3rd degree? - If someone is telling an amusing anecdote about work or about home, don't call them on the facts.  If you know some detail about their story couldn't possibly be correct, then you need to just keep your know-it-all trap shut.  Let them tell their story.  Asking for all of the corroborating evidence as to the voracity of someones otherwise lighthearted story is a real buzzkill. 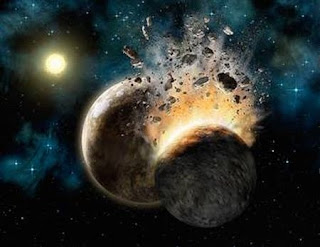 - Worlds Colliding!  -  Ultimately you shouldn't invite spouses to a company party.  It's not that we don't like spouses, but they just don't know much about what is going on at work and all of the conversation will be about strange things that happen at work.  With spouses, conversation is reduced to 'I've heard a lot about you'  and 'Is he/she always like this at home too?'.  Ugh. 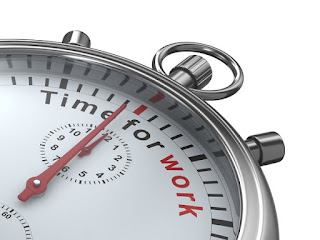 - Time to PARTY! - Don't make your employees take ANOTHER piece of their time and give it to you.  do it during work. If you are organizing a company party, make it on company time.  I know this really sounds revolutionary, but there is no reason to make people take MORE time out of their busy schedule so you can tell them how well the company has done or how much you appreciate them.  It's much better to appreciate them on YOUR time. 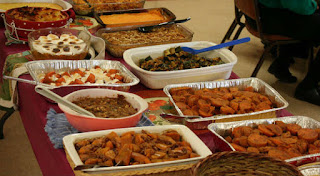 - Pot luck = Bad luck - There should be more laws about this.  There aren't.  I'm sure the only law that makes sense at this point is Darwin's.  There is no reason to invite everyone to bring some covered dish of something.  If things are strained at the office, there is no telling what's in that crock pot. 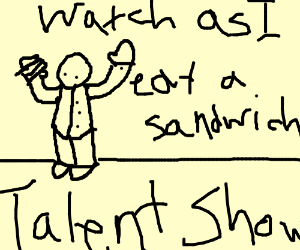 - Talent show Oh no. - Yes people have talents.  Most of the time when you think of talent, you are thinking of Singing or Playing an instrument (80% piano, 15% violin, 5% something horrible).  Talent shows with people you know are similar to just asking them to take off their clothes for everyone to look at.  Don't do this.

So It looks like I've poo poo'ed all possible company party ideas right?  Wrong.  This is the one true company party.  The catered lunch.  Possible white elephants purchased by company issued gift certificates in advance by all attending the party.  Everyone gets to have fun and eat and go home with something goofy they will probably remember.  You don't have to worry about doing something wrong and you will likely get the rest of the day off.  Sure this is done during Christmas normally, but who said it has to happen then?  Maybe you have a Christmas in July party and don't have ANY party for the holidays thereby giving your employees their time that is probably already spoken for.
Posted by Macotar at 7:37 AM No comments: Links to this post