10 Upsides to the Apocalypse

End of days.  End of times.  End of the world.  it's all pretty much the same.  Every so often someone claims that some harbinger of fate is coming to fruition and the end of it all is starting soon.  Well, it's not all doom an gloom.

- Party time! - If there was information that the earth-killing meteor was hurtling towards us and we will definitely be mostly dead, after the initial crazy panic and looting because ANYTHING happens and looting is the natural response.  It's time for a party!  Or more specifically, time to do whatever you want.  Now that's going to be a touch of a problem since EVERYONE will be in the same situation so all the services we take for granted will not be available.  So no last Disneyland or even movie at the local nickelodeon. 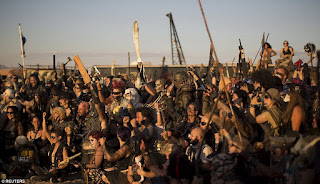 - You're not alone - It's actually pretty comforting knowing that you aren't leaving anyone behind.  Death normally is a journey we all take alone and our final thoughts will be with those we leave behind.  In this case you won't have to worry, everyone will be dead. 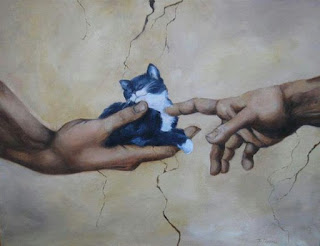 - we'll find out if God has a sense of humor - It's possible that God didn't intend for this all to be so all fired serious.  In fact the only way to really know the will of God is for him to tell you.  Better yet to write a message for you.  If something like 'suckers!' is the writing is on the wall, then you'd have a pretty good idea if this is all one big joke or not. 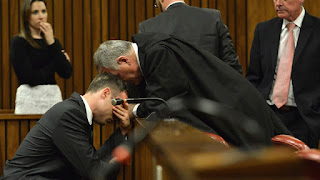 - Worth it just to see the Lawyers - Apocalypse means so much liability.  Think of all the lawsuits!  Hell for Lawyers no court to argue in.  But what do you do with all of your attention to precedent and detail?  Gnash your teeth I guess. 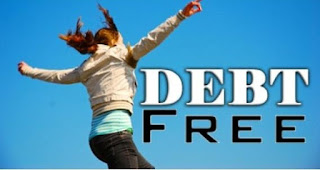 - Debt?  What debt! - Well this one is obvious but it also underlines why there might not be as much looting as people may initially think.  Sure at first there will be some, but after a bit, what is the point?  The down side of course is you won't have that debt free feeling for long.  That old greedy bumper sticker 'He who dies with the most toys wins' was never true and now will bear it out. 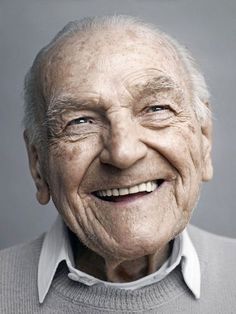 - The older you are, the better it is - You've lived the biggest percentage of your life and are at the point where pieces just start falling off the cart.  No better time to have a mass check out.  The elderly will be looking forward to this more than most and will be scarcely able to hide their glee.  The idea that the internet won't be up for those last days just adds to their overall joy.  Once computers are down they will probably ask you to do long division just so they can say 'see!'. 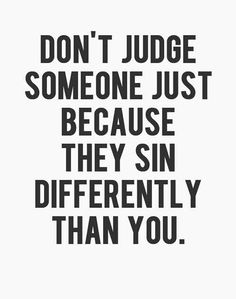 - Just remember, we're ALL sinners - For the religious folks it seems that the end of times is consistently a good headline to get backsides in the pews (Is that why they are called pews?). But when the rubber meets the road aren't we all sinners?  Who can go to the great judgement bar without some misgivings?  Nobody.  So everyone will be in roughly the same boat.  So maybe it won't be so bad. 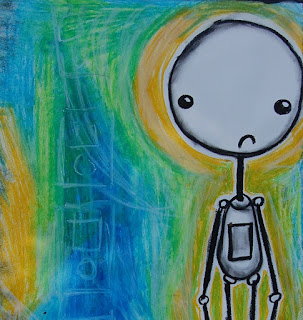 - Sometimes not existing is better than the alternative - existence is a hassle.  Here you are self aware and aware of your surroundings.  The more you look at the world around you, the more disappointed you become.  Self awareness can only lead to depression.  So the end really isn't that big a deal.  The non sentient beings around you constantly wonder what the big deal is. 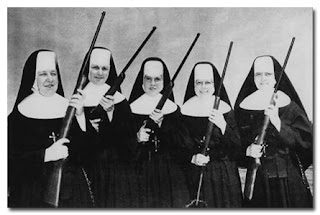 - No more work! - Well I guess this is obvious, but if you have the end of the world, that's the end of any real obligation.  That means when work says they would like you to come in early or on the weekend or at all, you can tell them to stuff it.  Of course nobody will be going to work except those people that feel compelled to work and of course the religious clergy who will have to run away quickly because they will have more work than they know what to do with. 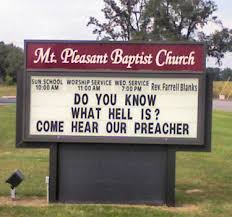 - No matter who is right, most of us will be wrong - When you are talking religion, just believing in an afterlife is in no way good enough to get you into heaven.  You have to have bet on the right horse theologically speaking.  If you are in the wrong church, and the wrong religion is the winner, that can be worse than being in no church at all.  This isn't God's fault, it's just how humans are.


Obviously I haven't kept up with my timing on these blogs, but the truth is, I'm running out of gas.  See ya when I see ya.
Posted by Macotar at 7:28 AM